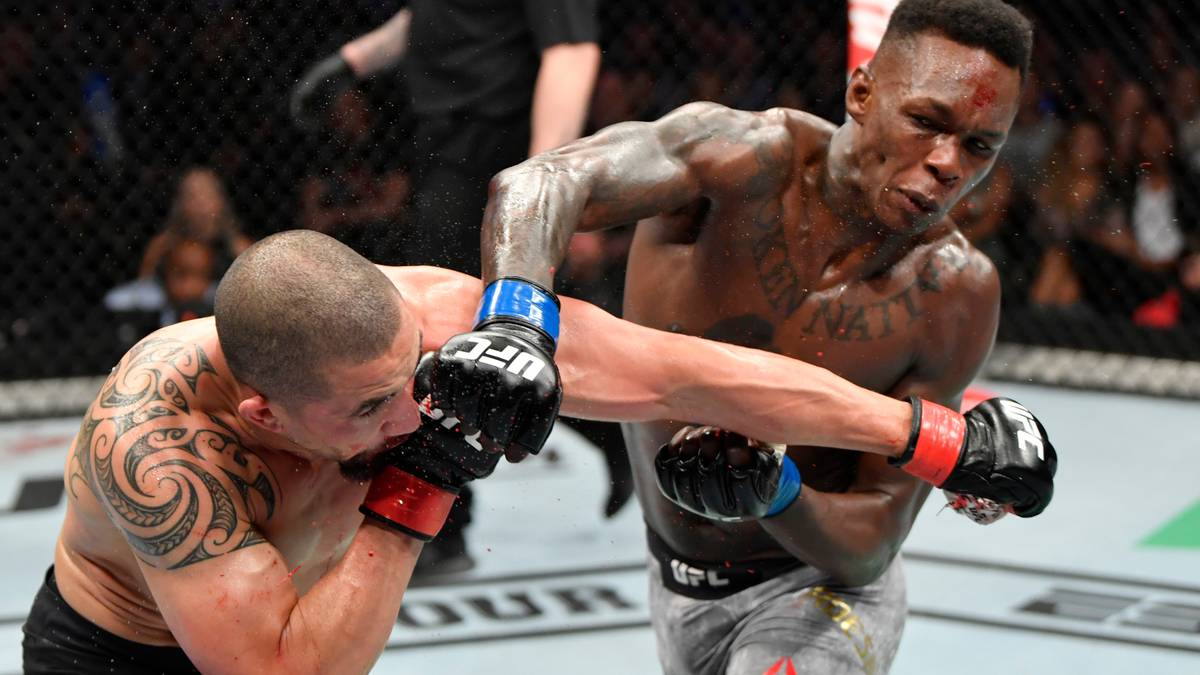 UFC middleweight champion Israel Adesanya can’t wait for his next chance to defeat his closest rival, whom he “dislikes as a person.”

The Nigerian-born New Zealander will face Robert Whittaker in a top two middleweight contenders match at UFC 271 on Sunday, February 13.

Adesanya has been untouchable since he claimed Whittaker’s middleweight belt in 2019. He defeated the Aussie when they first faced each other, knocking him down and then knocking him out in a dominant unification bout.

The 32-year-old will start as the favorite to defend the title when they meet again and he believes he has a mental advantage over Whittaker after that convincing win.

“I have the upper hand because I’ve already beaten him,” said Adesanya.

“It gives me enough motivation to do even better next time because I’ve beaten this guy in a fight twice before.”

It’s no secret that Adesanya and Whittaker aren’t best friends. The rift between the two rivals dates back to before their first meeting, which Adesanya comprehensively won in front of a packed crowd at Melbourne’s Marvel Stadium.

Months before this fight, Whittaker posted a Grim Reaper meme on Instagram alongside the character Bender from the TV show Futurama – referencing the fighters’ nicknames, The Reaper (Whittaker) and The Last Stylebender (Adesanya).

It was a harmless move, but one that didn’t sit well with Adesanya, who admits he’s eager to “do something nasty” to Whittaker in the octagon.

“It started with a meme he made, I just thought it was out of character,” he said of his dislike for Whittaker.

“I don’t have any nasty feelings towards the guy, I just don’t like him as a person. I don’t wish him any harm, but I can harm him.

“Why don’t I like him? Because I have to fight him. I don’t have to like him.”

Adesanya’s last fight was in June last year where he defeated Marvin Vettori to retain his middleweight championship.

Although there had been some time between bouts, the Kiwi said he had been training continuously over the past few months and was looking forward to showing off some “new tricks” in the cage.

“It was fun,” said Adesanya.

“This was a refreshing camp where I just had to learn some new tricks and work on old tricks. I had fun.

“It has given me more time to learn and improve and take some time off. I just kept in shape all the time. I wasn’t really out of shape. This is the best I’ve ever taken to a camp like this. I just stayed in training.

“It’s art, I enjoy it. So I’m gonna go in there and enjoy myself. I have a mind to. It’s just going to be another classic performance.”

It had been hoped that the fight between the two Oceania fighters would take place in New Zealand, but due to Covid-related difficulties it will take place in Houston, Texas instead.

“I wanted the fight to be in New Zealand because last time it was in his backyard, this time (would) be in my backyard,” Adesanya said.

“But unfortunately the world we live in right now is very constrained, so Texas is a good substitute.”

Ranked as the third-best pound-for-pound UFC fighter, Adesanya’s next goal is to lap middleweight by defeating every fighter in his path.

He moved up a weight class to light heavyweight in 2021 but suffered the first loss of his MMA career against Jan Błachowicz. Adesanya said his dream of becoming a two-division champion is on hold for now.

“I’m going to lap my division (middleweight) again and it’s just a side mission. That is the immediate plan for the future.”