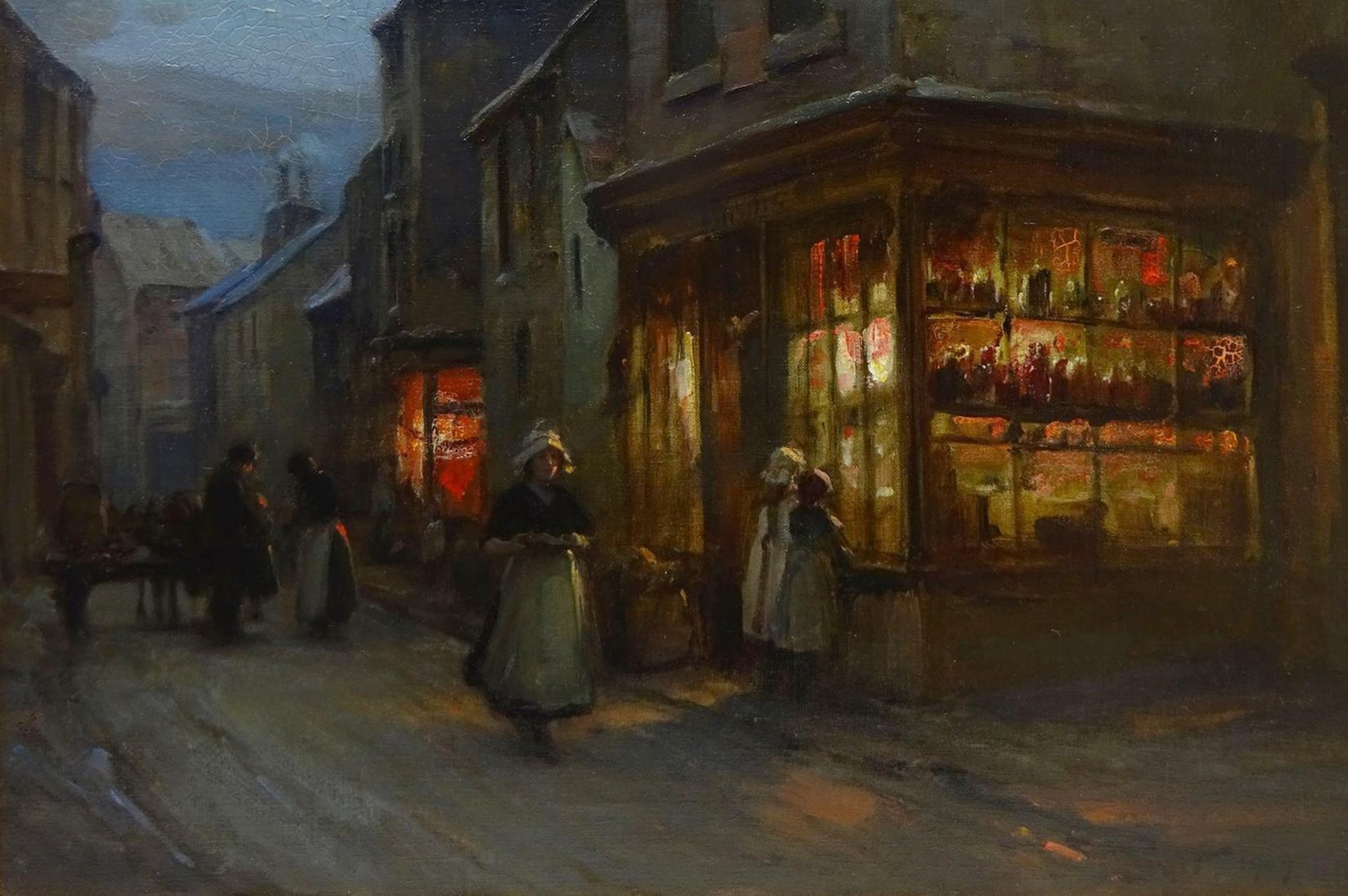 The 1909 painting ‘Evening at Staithes’ by the renowned Scottish painter William Pratt, which left England in the early 20th century, shows the High Street in the moonlight with the village’s hooded shoppers illuminated by the glow of the shop fronts.

Stuart Hartley bought the painting in Australia after a successful bidder decided it did not suit his home.

He said: “This painting was likely the property of a local early settler in New Zealand and came up for sale at auction in 2021 at well-known Dunbar Sloane auction house in New Zealand’s capital, Wellington.

register to our daily newsletter, The Scarborough News Today

The i-Newsletter cut through the noise

Evening at Staithes, by William Pratt.

“The winning bidder was a local who, when he took it home, was told that neither the motif nor the 19th-century frame matched the decor of his modern home and had to put it up for auction again.

Mr Hartley bought it and contacted David Duggleby’s in Scarborough for advice on the sale.

He said: “Duggleby’s has done excellent detective work and can now reveal that Pratt visited Staithes on several occasions in the early 1900s and the accompanying painting was sold by Lyon and Turnbull in 2016.

“The shops depicted in the present painting have been identified as grocery stores operated by Joseph Verrill, who was assisted by his two daughters, Lavinia and Hannah.

“The Verrills were one of the largest families in Staithes; Joseph Verrill Snr was the first mate of the Staithes lifeboat and Isaac Verrill a fisherman.

“The potential sale of Lot 106 will be of local interest and will add another episode to its interesting story.

“The building pictured became a W&H Dean gift shop in the 1950s and is now the Endeavor Cafe.”

As a youth Mr Hartley’s family was bombed out during the Second World War and he moved to Castleford where my father’s relatives had a fish and fruit and vegetable shop.

He also enjoyed regular shore excursions to Staithes, Whitby and Scarborough and his wife is from Middlesbrough.

The Spring Art Sale also features 18 works by George Weatherill and his children, Richard and Mary.

Works include Lot 84 – A View of Whitby by George Weatherill and Lot 107 – The Jet Worker by Albert George Stevens, also part of the Staithes Group.