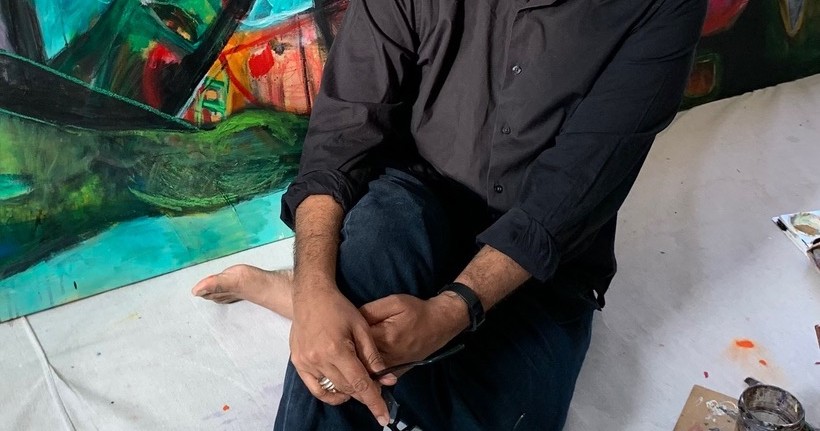 Stick your head in and you’ll find the officer is engrossed in the painting.

Art has long been a part of Singham’s life, even during his time as a human rights lawyer and now as Chief Executive at the Department of Ethnic Communities.

Mervin Singham reunion. Singham’s art was shaped in part by a rebellion from “perfect” art.

However, the way he paints now is very different from when he began his artistic journey.

“I think my art is a bit rebellious from my childhood. I grew up in a very orthodox Asian family.”

Singham grew up in Malaysia where his parents focused on education rather than creative pursuits. Some of his first memories of trying art were trying to draw a perfect mermaid, with his colors all inside the lines. He also learned the “right” way to use colors – light for beautiful things, dark for bad things.

But since those early days his art has evolved.

“When I came to New Zealand as a young man, I started to realize, ‘Hey, I have so much freedom here. I can do things differently.’ That started to show in my art,” says Singham.

He began experimenting with different techniques and using colors in different ways. 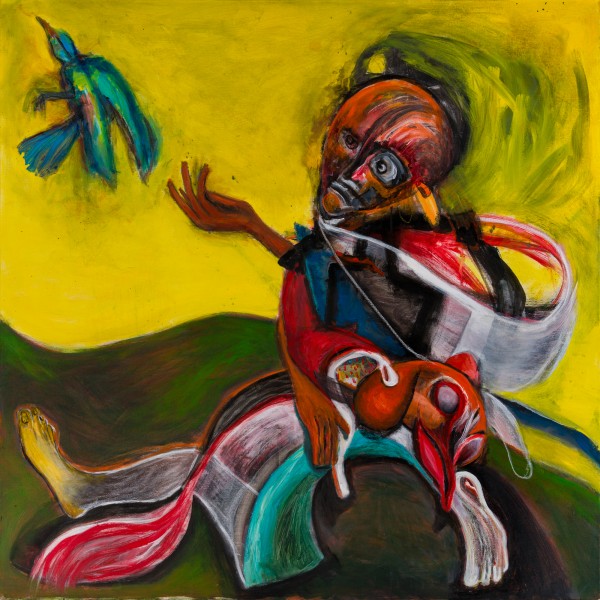 The Birdcatcher by Mervin Singham.

“As a result, the colors I use can be quite contradictory to what the images are trying to say. It’s almost like a form of rebellion,” says Singham.

When he paints these days, Singham usually locks himself in his studio, puts on his music and gets lost in his art. His work is strongly influenced by emotions and colors – what is he feeling or what is the world feeling? What color does that look like?

The process can take time — Singham says he might dab a color onto the canvas, only to realize he didn’t want it or he doesn’t like the way it looks. When such mistakes happen, he incorporates them into his painting.

“[A mistake] is like a scar we get. But it’s beautiful. All the wrong things or mistakes in our lives add depth of character and richness to our lives. That’s how I see my canvas. When I put something on and it’s not quite what I wanted, I try not to hide the flaw entirely because I think it adds texture.”

“The wonderful thing about it is the feeling that comes from it, this process of just being authentically yourself without worrying about what other people think.” 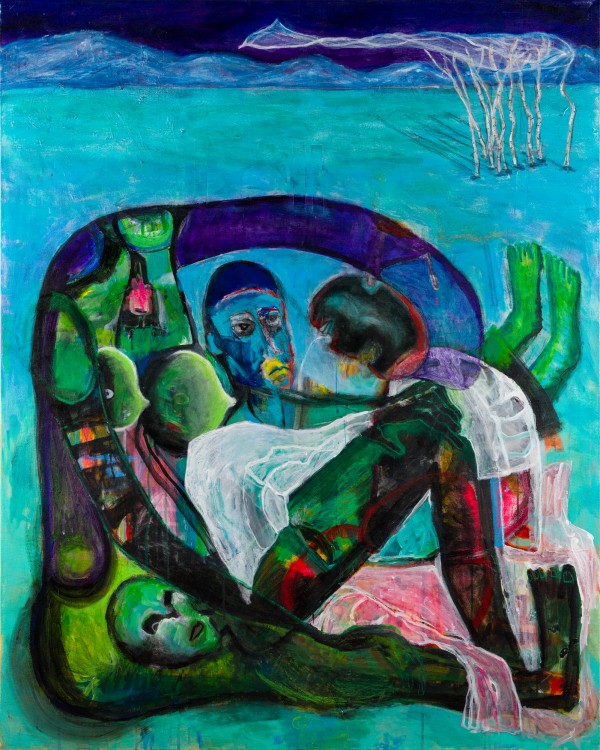 In the last two years of the pandemic, Singham has channeled his creative energy into 14 works that will be on display at the Exhibitions Gallery in Wellington from August 11.

Titled awe, the exhibition is a reflection of the last few years and the “generally bleak” history.

He lists things like the pandemic, the war in Ukraine and rising inequality as part of that “gloominess” in the world, but at the same time he’s in awe of how the world and the people in it have come through.

“We can get better. we can heal The people are good.”

He has painted his current collection throughout the pandemic, sometimes working in batches or on several at once, and says creating art brings another dimension to his role as a civil servant.

“I’m more effective when I’m doing something creative,” says Singham. Being creative helps him solve problems in the professional world, while also drawing inspiration from aspects of his work – “The people around me, the people in the community who are just always working at it and doing the right thing.”

When his paintings go from his studio to the exhibition gallery, Singham says his art always looks a little different once it’s on the wall in a public space.

There’s a flaw in sharing art publicly, but Singham hopes people will see his message of hope in his latest exhibition.