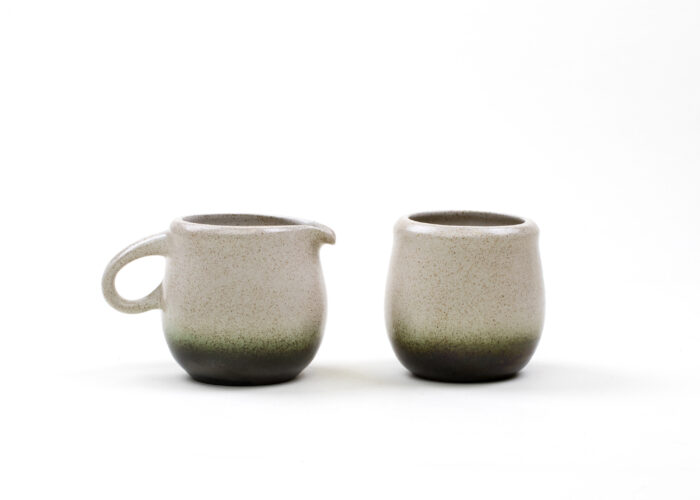 There is a yellow-green hue that fans of Heath Ceramics will recognize immediately.

Named “Yuzu” by the company after the East Asian citrus fruit, the shade has been used by Heath Ceramics for items such as candle holders, plates and bowls for 74 years. In the Oakland Museum of California’s new exhibition, Edith Heath: A Life in Clay, which explores the legacy of the company’s founder, the color also features on spectacular tiles and art plaques – and even on a gallery wall (the color is Spice Market by Benjamin Moore).

The color led me to the company’s sunny Sausalito factory store, where my husband and I bought pieces for our own table. It also brought a vibrancy to the exhibition that seemed appropriate to its subject.

When Edith Heath opened her company in Sausalito in 1948, her work was revolutionary. Before Heath, both everyday and fine china consisted primarily of delicate white clay and typically referenced the European past in its design. It wasn’t until Heath experimented with native California clays and handcrafted shapes in the 1940s that the state had something for its tables that was as organic and innovative as its ethos.

The exhibition traces the company from Heath’s early display of her work with the Legion of Honor in 1944 and her discovery by a buyer for San Francisco home décor retailer Gump’s, to the popularity of ceramics in mid-century homes and its current status as a Elements of enduring design. In one favorite exhibit, we see a complete recreation of the kind of table setting she and husband Brian Heath would have had in their own home in Sausalito, laid out with beautiful, somewhat imperfect factory seconds like the ones I’m looking for.

“The concept of endurance is an overarching theme of the exhibition,” said guest curator Jennifer Volland. “We open the show with a display case containing three Haviland chinas from Edith’s family. She rejected this idea of ​​porcelain, which would only be used on special occasions. She thought it was a superfluous household item, so she went in search of something that was different and that she said was best for both everyday wear and Sunday.”

“A lot of things about their ideology and approach have to do with a love of the California landscape,” added Drew Johnson, curator of the OMCA team. “She connects to the post-war California lifestyle and creates that focus on a rich domestic life that could be expressed with humble household items like crockery.”

For many fans of Heath, her “everyday” pieces carry important emotional connections. Hannah Bruegmann of Lafayette inherited part of the 200-piece collection her grandmother began buying in the 1960s. Her grandmother usually bought seconds too, a tradition Bruegmann continues. One of the first pieces in her closet that catches her eye is a 1960s plate with the company’s redwood glaze, one of the pieces she uses in her daily rotation.

“It’s a bit shaky,” said Bruegmann. “It has an unusual shape and some markings, but it’s a classic.”

San Francisco native Amira Atallah has been building a collection with her husband after spotting Heath at a neighborhood restaurant.

“We see it as an affordable luxury,” Atallah said. “It’s nice to have a few little things like that in your life.”

What appealed to me most about Edith Heath: A Life in Clay was the idea that Heath wanted to make enduring beauty accessible to everyday Californians. Especially with so much time at home during the pandemic, I’ve come to appreciate how these little moments of thoughtfulness in design have had such a positive impact on me. It can be as simple as picking up a bowl in the morning and feeling a touch of joy when I see the vibrant yuzu glaze inside.