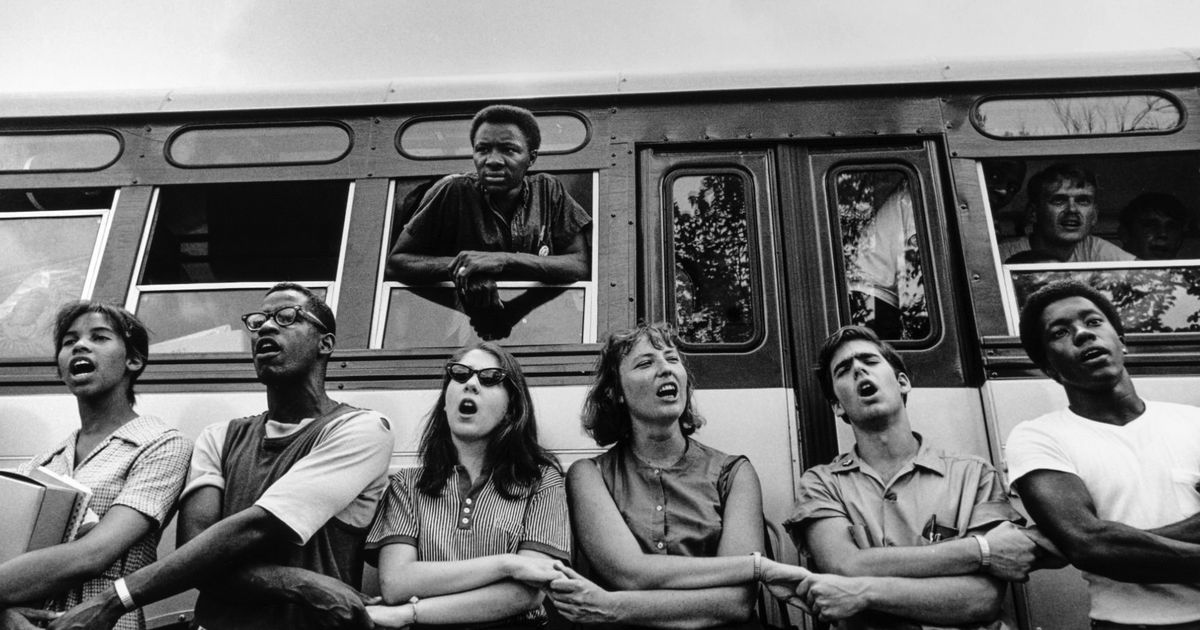 “It was a wonderful collaboration with Steve because, as you may know, the site that the art museum sits on is part of what used to be Western College for Women. Now it is considered the west campus of Miami University. In 1964, Western College for Women hosted the two-week training for volunteers going to the Deep South, specifically Mississippi, to assist in black voter registration and the establishment of Freedom Schools and Freedom Libraries,” Shaiman said.

Freedom Summer was hosted by Western College for Women.

“The photos we have show how Steve Schapiro came to photograph the civil rights movement. Then, with a special focus on Freedom Summer, some of the photos were taken during the first week of training in Oxford. Steve was only present for the first week of practice,” he said.

The remaining photos in the exhibit document what he saw and documented in Mississippi, in the Neshoba County region where many of Mississippi’s troubles have occurred, Shaiman said.

“Steve has had a varied career. He’s really made a name for himself in civil rights photography. He took some of the most amazing photos of Dr. King, by the likes of John Lewis, Medgar Evers, Rosa Parks, and so many important figures in the civil rights movement, especially in the 1960’s. His involvement really began with James Baldwin, who was a well-known writer, poet and speaker on the black experience,” he said.

Baldwin introduced Schapiro to many prominent civil rights activists, and this changed his career as a photojournalist, which continued into the 1960s. In the 1970’s he began working in Hollywood making stills on and off set for many big films such as The Godfather, Taxi Driver and a number of big name films and he became well known and respected for this work , which occupied him for several decades.

“Schapiro has said in interviews that as wonderful as these opportunities were, he still felt his civil rights photos were his most important contributions to photography,” Shaiman said.

He said Schapiro was able to capture the individual personalities of the people he captured in his photos.

“He had a unique approach,” Shaiman said, “there was nothing that felt staged about his photos.”

“He really captured who these people were and what they were fighting for, and I think his approach went beyond photojournalism and he really captured a sense of humanity in the people he was photographing,” said Shaiman.

The exhibition and the associated programming are supported by a grant from FotoFocus as part of the FotoFocus Biennale 2022. The art museum also received support from Richard and Susan Momeyer. The exhibition is dedicated to the memory of Schapiro, who died on January 15th.

What: “A Lens for Freedom: Civil Rights Photographs by Steve Schapiro”

Entry: Free and open to the public. Visitor parking permits are available at the museum.