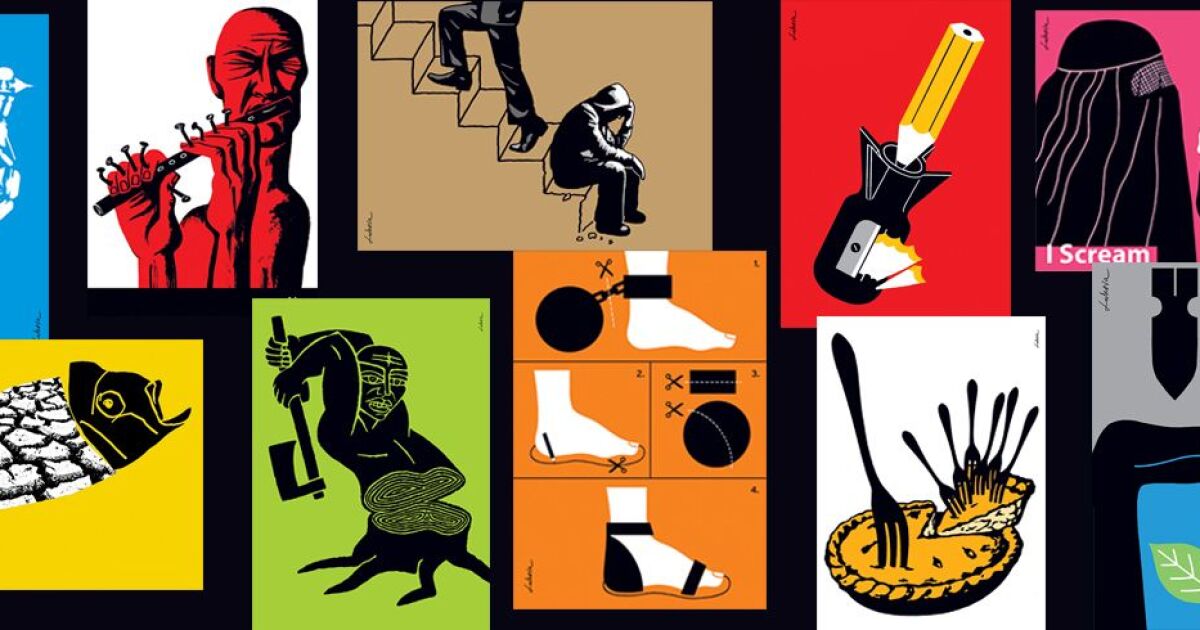 A new exhibition at the National Underground Railroad Freedom Center explores the issues of humanity and inequality in the prints and posters by contemporary artist Luba Lukova for Shaping justice.

“In our lives today, we apply justice in so many contexts, from racial to ecological to social,” said the New York-based artist. “But in the end it’s just this idea of ​​right and wrong – this basic idea of ​​doing the right thing, not hurting the people around you, just being honest, being honest, being lawful in our actions. That’s what it’s all about on filing. “

Lukova says art is a unifying and balancing act that can appeal to people of all backgrounds, and her traveling exhibition is designed to do that. Her pieces include bold colors and often simple representations with big messages, such as a cake with many forks in one piece and a fork in the larger piece. Another, entitled “Censorship”, shows a man playing the flute and hammering nails into the tone holes.

“It leaves it up to the viewer to complete the picture in their head and find the answer for themselves … But I never tell the viewer, ‘This is how you should think.’ You should find the answer for yourself by looking at the picture, “she said.” And I think this metaphorical style that I use makes it more interesting to people because no one wants to be taught. And I’ll let you discover for yourself. “

Her art also takes a global look at injustice rather than just commenting on issues in the United States. For example, three of her pieces were inspired by a message she received from an Iranian person on Facebook asking her to present the rights of women in the “Muslim world”.

“We have pictures here, many in the western world, of women fighting for equality and they are openly expressing their feelings,” she says. “But unfortunately that is not the case in regions of the world – women cannot express themselves.”

For more from the artist about her exhibition, listen Cincinnati edition on Wednesday noon.