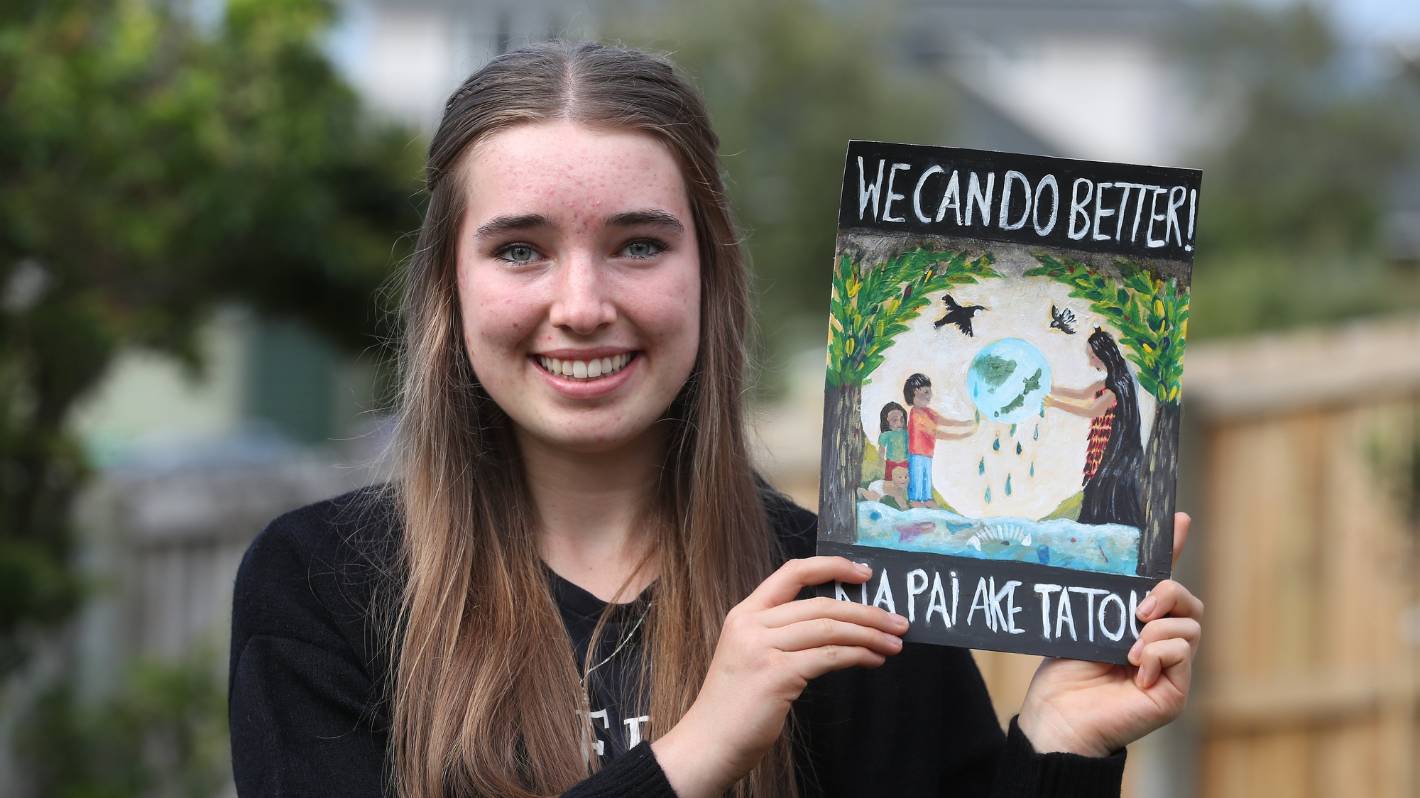 A South Canterbury teenager’s depiction of Papatūānuku (Earth Mother) surrendering the land to the Tamariki won the middle section of a national art competition.

“A lot of people deny climate change and I think we just have to accept the fact that it’s happening and do something about it.”

CONTINUE READING:
* Learning to hunt could mean full freezers for $2 and a walk in the bush
* Stunning image of a climbing orangutan wins the best photo award
* Southland Hospital reports bed shortage but at least 10 are not being used

Maevi grew up watching her mother Bronwyn paint and got a few “tips and tricks” from her.

There are several drafts of the poster, and it took Fleming the summer holidays to finish, saying it was “a good way to fill the time”.

“I love this poster and would never tire of it as a piece of art both on my wall and on the street walls,” said Colston.

She chose Fleming’s work as the winner because it dealt with Whakapapa and how passing on the mantle of guardianship to future generations and caring for the planet is the way forward.

“A tūī and a piwakawaka fly over man.

“Tūī are said to be messengers of the gods and symbolize life, confidence and harmony. The piwakawaka is a symbol of death in the world and we can imagine that as it relates to the planet.”

“The life and death of the climate is in the hands of the people, as the poster clearly shows.”

She described the work as “a strong, unfussy image, well executed”.

Fleming is unaware of his ancestral connections to Māori culture, but learns Te Reo and Te Ao Māori [the Māori world].

Fleming’s poster will be on display at The Great Kiwi Poster Competition exhibition at the Otago Museum on April 16.

It is then made into large posters and displayed throughout Aotearoa by Phantom Billstickers.

The competition is aimed at people aged 5 to 21, as they will be hardest hit by the environmental degradation caused by ongoing climate change, the website says.