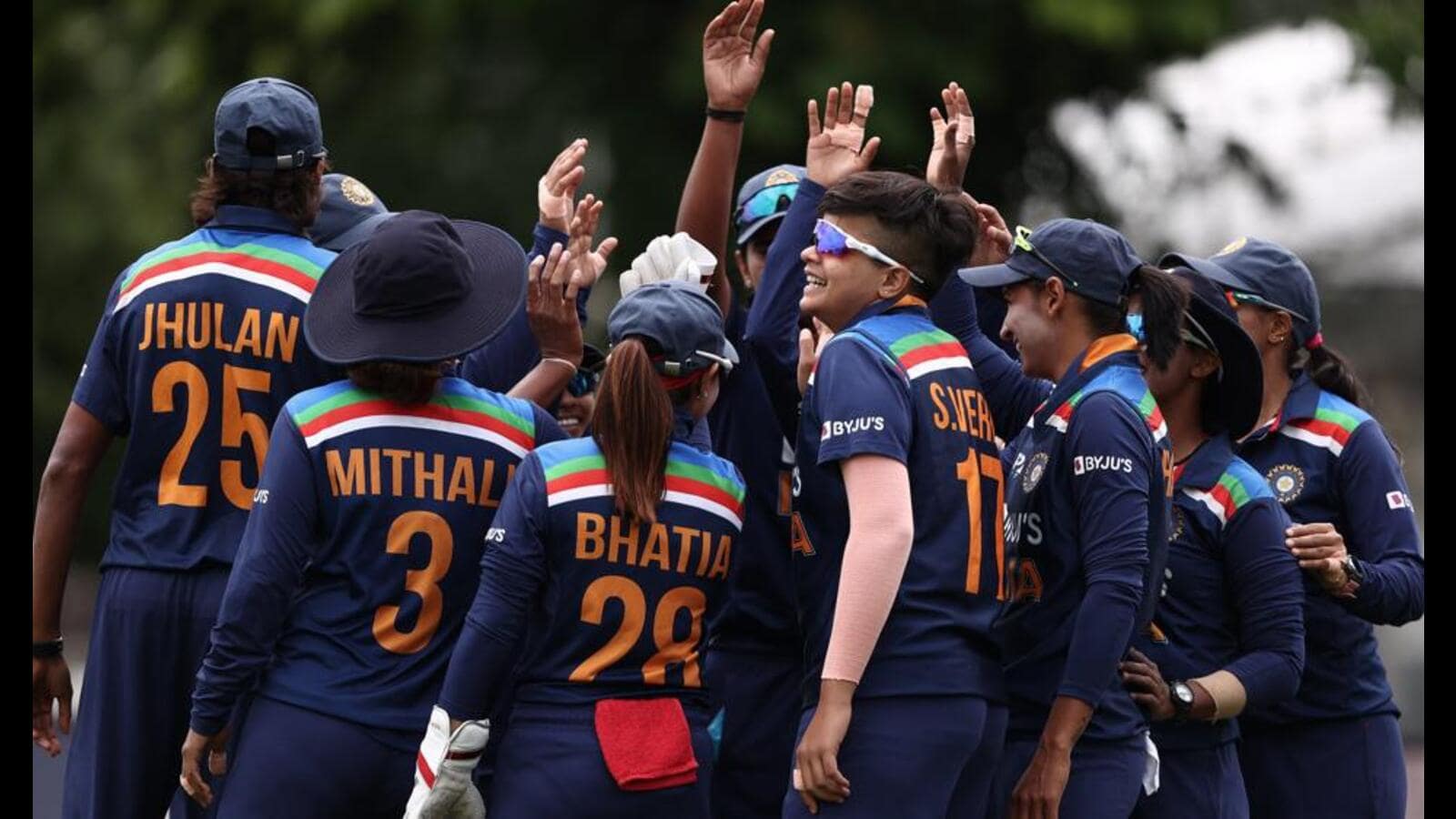 Teaming with Talent: Meet the women batting (and bowling) for India.

India made it to the final last time out, losing to England by nine runs at the 2017 ICC Women’s ODI World Cup. Now Mithali Raj is leading what may be her last bid for the trophy – one India has never won.

The hopes are high. The Indian team has a healthy roster of young, talented and hungry players like Smriti Mandhana, Shafali Verma and Deepti Sharma; and a group of seasoned veterans and world record holders like Raj, Jhulan Goswami, Poonam Yadav and Rajeshwari Gayakwad. The X-factor will probably hopefully come from players like Harmanpreet Kaur, a veteran with the potential to dazzle when he’s currently in a bit of a slump; and Yastika Bhatia, who made her ODI debut a few months ago and has been dynamite in the field.

India’s top cricketer Mithali Raj has scored 7,500 ODI runs, a world record in women’s cricket history. Last year she also became the world’s top run scorer in women’s international cricket with a total of 10,454 runs. As a child, the Jodhpur-born middle-order slugger loved bharatanatyam and cricket. Cricket won. She has been the captain of the Indian women’s team for almost 17 years. This will be her sixth ODI World Championship and likely her last attempt at the trophy.

Who can forget Kaur’s dazzling 171 unbeaten run against Australia in the 2017 ODI World Cup semifinals? She’s known for her daring hitting style, but the native of Moga, Punjab has been in pretty dismal form ever since. Can she get back in shape in time for the World Cup? Their success in the middle tier will be critical to how India fares.

Considered one of the greatest fast bowlers of all time and one of the fastest bowlers in women’s cricket history, Goswami is a living legend. She holds the world record for most wickets in women’s ODI cricket with 240 under her belt. This will be Goswami’s final world championship. Her dream, growing up in Chakdaha in West Bengal, was to claim just one wicket for India. Now her vast experience on difficult courses could help the team win some of their most important ones in New Zealand. She was the first Indian to be named ICC Player of the Year in 2007.

In 2021, Smriti Mandhana became only the second Indian (after Jhulan Goswami) to be named ICC Player of the Year.

This native of Sangli, Maharashtra has been the team’s most consistent hitter in all formats in recent years. An impactful opener, Mandhana’s partnerships with Shafali Verma at the top in New Zealand will be crucial. She has been billed as a potential future captain and is known for her expert timing of the ball.

Ranked #1 on the ICC women’s batting list, Verma was a great discovery for India. At 15, she became the youngest woman to play for India in a T20I. In just her fifth T20I, the Rohtak girl became the youngest Indian to register internationally in half a century. Aged just 15 years and 285 days, she reeled off 73 of 49 deliveries with a batting average of 148.47 against the West Indies, beating a record set by her idol Sachin Tendulkar, who earned his first 50 cap at 16 years and 214 days. Verma’s aggressive brand of cricket was showcased at the 2020 T20 World Cup in Australia and is much needed in New Zealand.

Bhatia made her ODI debut against Australia a few months ago and made an immediate impression. Their inclusion in the middle order helped India’s cause amidst Harmanpreet Kaur’s ongoing lean period. Bhatia delivered the goods when she was promoted in the one-off T20I against New Zealand in the absence of Smriti Mandhana. The calm, capable, no-nonsense Vadodara cricketer, a master of offside who believes in clean hitting, is also excellent on the field.

Deepti Sharma made her ODI debut against South Africa in 2014. The Agra-Girl is ranked 4th in the ICC ranking for all-rounders and currently has the 3rd highest score on ODIs (188 runs).

This reliable, aggressive batsman from Bengal has been with India for two years and was in the squad for the 2020 T20 World Cup. She made an impressive showing in the T20I series against Australia a few months ago and established herself as the first-choice wicketkeeper in the shortest format of the game. Her fearless batting in middle order and fast running between wickets propelled the team against Australia. She and Taniya Bhatia will be India’s wicketkeeper at the World Cup.

An all-rounder from Sinaula, near Dehradun, Rana made her ODI and T20I debut against Sri Lanka in 2014. Last year she made headlines with her Test debut with four wickets in the first innings against England in Bristol. She dedicated the show to her father Bhagwant Singh, 61, who died in 2021. Rana is a dedicated off spinner and a useful low order batter. She’s also a great field player.

The lanky Vastrakar from Shahdol, Madhya Pradesh will help Jhulan Goswami with her medium pace. She made her ODI debut against South Africa in February 2018. Her batting performances were also praised. In Shikha Pandey’s absence, she will LIKELY be Goswami’s new ball partner.

In August 2021, Meghna Singh received his first international call-up for the series against Australia. She made her ODI debut the following month and a Test debut a few days later. From Bijnor, Uttar Pradesh, she impressed in Australia with her peppy deliveries.

Thakur, a bowler, made her T20I debut against Australia during a three-game series in October, followed by an ODI debut in New Zealand. The Himachal Pradesh native replaces experienced Shikha Pandey, who was dropped due to poor form. Thakur is only the third Hill State cricketer to make the Indian team.

ICC named her one of the five breakout stars in women’s cricket in 2018. Bhatia has trained under former Indian cricketer Yuvraj Singh’s father, Yograj Singh, in Chandigarh. She is considered a top-notch wicket-keeper and will share that responsibility with Richa Ghosh in New Zealand. Bhatia has earned a reputation for electric speed behind the gates.

Gayakwad from Bijapur in Karnataka is currently the most effective spinner in the Indian team. She made her international debut in 2014 and was part of the Indian team that reached the final of the 2017 Women’s World Cup. In that tournament, she recorded the best bowling figures for India in World Cup history (5/15).

The leg spinner from Agra was in the top 5 of the 2018 ICC women’s T20I rankings. She was by far the highest wicket-taker for India at the T20 World Cup that year, with eight sending-offs in five games. She also became India’s highest wicket-taker in T20Is that year, with 57 wickets from 39 T20Is. Since then, however, their form has deteriorated, possibly because rival sluggers have been doing their homework on the leggie.

She debuted for India when she was 20 and had a pretty normal performance (out for 17). From Krishna, Andhra Pradesh, the opening right bat was included as a World Cup stand-by after a good showing at the Challenger Trophy in Vijayawada, Andhra Pradesh in December.

Bisht, from Almora in Uttarakhand, is a left-handed batter and slow left-arm orthodox bowler. She is the first international cricketer from her state. With 97 wickets in 62 ODI matches, her form has declined over the past three years and she’s been on and off the team.

The mid-paced player from Delhi is a fierce all-rounder who made her T20I debut against South Africa in 2021 and made her ODI debut against New Zealand this year. Bahadur is an aggressive cricketer with a particularly impressive fielding flair.

The creative, funky street style of the West Bank – The Minnesota Daily