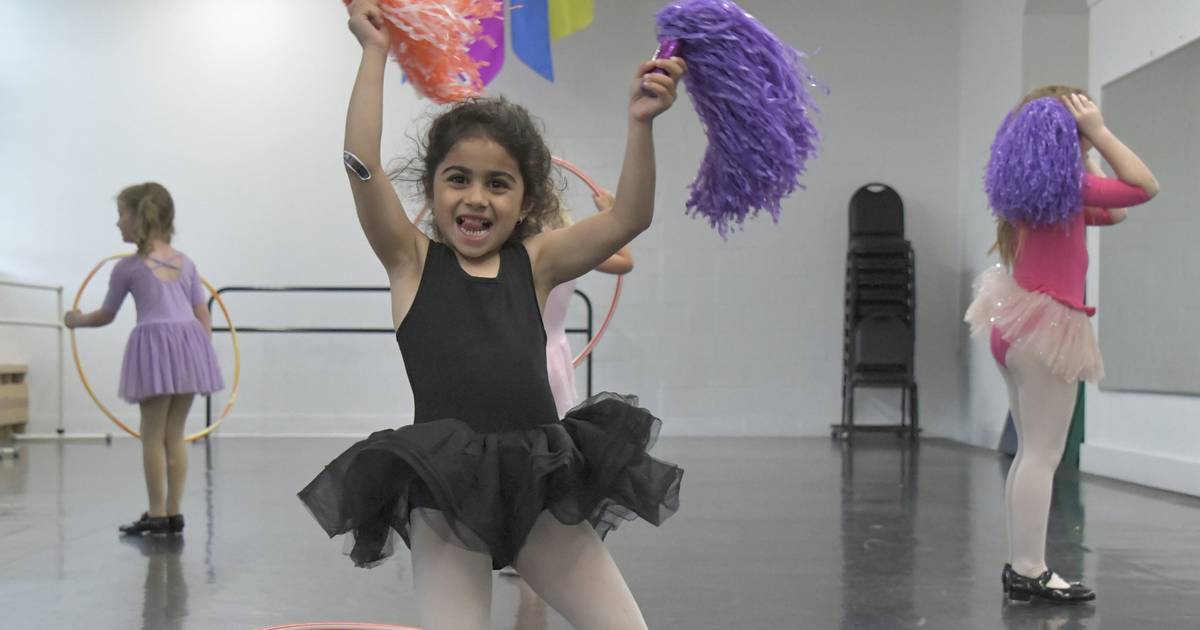 Call it the culture cure.

In a classroom at Maryland Hall, 6-year-old Annapolis native Lucy Laperouse leapt like a cheetah across the floor as the beat picked up in “Fast Slow Action Song.” A moment later the pace slowed dramatically and Lucy’s limbs resembled those of a tortoise crawling at a leisurely pace.

Lucy was having so much fun that she didn’t realize she was taking basic lessons in fractions while syncing her moves to the music.

Across the hall, Kalese Slade, 14, of Annapolis, under the guidance of Maryland Hall’s outreach coordinator Kenneth Starkes, dyed the orange hair on her drawing of animated action hero Kim Possible.

Kalese is great at sketching and even better at writing poetry. She works to integrate text and images into a single work of art, which requires her to seamlessly switch back and forth between left-brain logic and right-brain intuition.

That’s all the evidence Jackie Coleman and Claudette McDonald need that art can help reverse the damage done to children during the COVID-19 pandemic.

“The impact that COVID has had on learning has been just devastating,” said McDonald, Maryland Hall’s education coordinator. “I hear from teachers that they feel they have to teach everything that they would normally cover in two school years in just one.”

Reading and math grades have plummeted across the country, according to a study released in March by the Brookings Institute in Washington DC. Worse still, the gap in test scores between the poorest schools and their higher-income peers widened. Educators have long known that prison officials look to third-grade test scores — the year, Coleman said, children learn from reading to reading — to calculate how many prison cells need to be built in the future.

“I’m a big proponent of integrating arts into the curriculum because it benefits the whole person,” said Coleman, executive director of Maryland Hall.

“We know that not everyone learns the same way. Some people are kinesthetic learners and some people are auditory learners. Art classes activate multiple intelligences.”

A study of 25,000 California college students published in 2005 concluded that students who participated in the arts had higher verbal and math scores on their SATs than students who did not act in plays, paint watercolors, or perform in a band.

“The arts are a powerful tool,” said Coleman. “You can open the mind and the heart and even the soul.”

In Anne Arundel County, art classes don’t have to stop when the school year ends.

Art camps are everywhere from Maryland Hall to the Anne Arundel County Parks and Recreation Department’s Abrakadoodle arts programs to private music schools and community theaters. There’s a camp for every interest and price, from free to two-week pre-professional sessions costing four figures. And even the most expensive programs offer scholarships.

While this article cannot include all of the summer arts camps in the county, below are five that are likely to appeal to a variety of interests.

The Children’s Theater of Annapolis, now concluding its 63rd season, is the forefather of youth programming in Annapolis. The company has been training the artists and crew of tomorrow since 1959 and has had its own building for a dozen years.

Kids ages 5 to 18 can attend week-long cabarets ($200-$270) where they practice musical styles from musical theater to hip-hop, or three-week production-intensive camps ($800) where they work for Audition and rehearse a production and perform while attending skill-building workshops from improvisation to dance.

“We provide a safe environment for children to explore their emotions, creativity, imagination, and develop empathy,” said Jason Kimmel, the theater’s director of education.

“One of our alumni is a lawyer and says our camps helped her overcome her fear of public speaking. We also have graduates who are now dancing on Broadway.”

ArtFarm is a 4,000-square-foot space for doers in Annapolis, co-created by Darin Gilliam and Alison Harbaugh. In July and August, ArtFarm offers courses in everything from producing plays and building props to the intricacies of sampling music and creating beats. Prices range from $275 to $475 for week-long sessions.

But the camp closest to Harbaugh is her Fearless Girls Photography camp. This year, for the first time, ArtFarm is offering a photography camp for fearless boys.

Harbaugh was inspired to start the photography workshops after working at the Capital Gazette for two years, overcoming her fear of asking complete strangers for permission to take her pictures.

“These are empowerment camps,” Harbaugh said.

“I was scared to death to go out and talk to people on the street. But I’ve learned to take the camera and turn it around and tell stories in community. That’s what I’m teaching these kids.”

She said former campers used their newfound skills with a camera to earn pocket money.

“Some of our kids went on to start small businesses,” she said. “They photograph babies and graduations and portraits of their friends. It’s really cool to see her confidence growing.”

“What we’re doing is a little crazy,” said Lee Anderson, half of the duo that founded Filmsters Academy Film Studio. “We’re taking very, very expensive devices and putting them in the hands of kids.”

The academy teaches the entire creative process of filmmaking, from pitching an idea to writing, performing, filming, and editing films.

The advanced sessions are by invitation only. But all camps culminate in a mini film festival featuring films created by aspiring filmmakers.

“We don’t know of any other program like ours in the whole country,” said Filmsters co-founder Patti White. “The best film schools in the country know who our children are.”

During a typical summer, Maryland Hall welcomes 1,200 campers ages 5 to 18 who attend 47 weekly summer camps in the visual arts, dance or music. Kids can create a glass portrait of their pets, learn basic hip-hop moves, or learn to play guitar with legendary luthier Paul Reed Smith.

Because the building is owned by Anne Arundel County Public Schools, every student enrolled in the system can attend camps and classes for free. Students from private schools and other public counties who wish to enroll will pay anywhere from $35 to $475 per session.

Maryland Hall also leases space to private partners such as Smith’s Naptown Jazz. These private contractors set their own fees that apply to everyone who signs up.

“There’s been such a lack of personal, human connection over the past two years,” Coleman said.

“Children have not had the opportunity to process their emotional and social needs. In Europe someone who is depressed can go to a doctor and get a prescription for an artistic experience and insurance will cover it.

“Imagine if the youth of America had the same opportunity.”

While his headbanging bandmates bounced up and down, Top Chotipradit, 13, from Annapolis, sang the opening chords of Nirvana’s “Smells Like Teen Spirit” at the School for Rock in Arnold.

Top’s father plays the guitar and Top has loved the instrument since he was a toddler.

“It’s hard to explain,” he said, “but I can kind of just hear the music. I started playing guitar three years ago and I learned very quickly.”

This summer School of Rock is offering seven week-long summer camps for teens between the ages of 5 and 18 of all skill levels who play guitar, bass, drums, keyboards or sing from late June to mid-August. Week-long sessions cost $500 and range from songwriting to pop-punk and rock and 90’s bands to a beginner’s session.

The camps culminate in a concert at the end of the week.