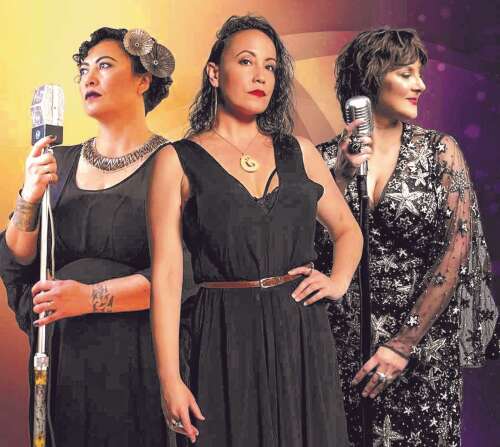 Jackie Clarke, Sandy Mill and Bronwyn Turei have traveled the world on the back of their art, but with closed borders, instead of Rome, they are moving home.

With TairÄwhiti as inspiration, the trio selects the raisins after singing on stage for decades for a slightly different but overall wonderful show, says Clarke.

â€œIt’s an opportunity to do something new. We’ll make music together. We’re going to sing some of our own songs and some of the music we’ve always wanted to make but never made.

â€œWe could even perform songs from our teenage years in Gisborne if we’re a little nostalgic.

â€œWe had a lot of discussions about which songs will make the final list. It is going to be great.”

The performance was scheduled for October but was postponed to February due to the division of the festival in two, with most of the musical acts taking place in the summer.

Clarke is the all-round entertainer in the group. She has been a juror for New Zealand Idol, voice actress for Power Rangers, cabaret artist and actress, among others.

Turei is the actor best known for playing Cordelia “Cody” Latimer on the New Zealand television series Go Girls and recently starred in the play Rants in the Dark.

Mill is the singer, probably the most recorded person in New Zealand, that the public has never heard of.

Mill has lived all over the world, mostly in London, where she has appeared on the recordings of Gary Numan, Placebo, Boy George and Basement Jaxx.

The trio took very different paths in the performing arts, but were brought together by a shared love of singing.

Despite being global artists, they are still Gisborne girls.

“Those of us who are out and about in the big scary world don’t come back often and perform so often,” says Mill.

I reached out to Sandy and Bronwyn and said, ‘Hey, you wanna come home and do a show together?’ â€

Clarke has just finished a stint at the Auckland Cabaret Festival, giving concerts with opera tenor Simon O’Neill and music theater baritone Tim Beveridge, and celebrating 16 years of singing with The Lady Killers.

â€œIt was a productive time. I think it’s this post-covid thing that everyone is going crazy about.

â€œI love working with new people and I value these long-term relationships.

â€œI’m still playing and I’m 55 years old. I never want to stop playing. In the truest sense of the word ‘playing’ it is like a big child in a sandpit. “

But no matter what she does, Clarke says that she is always behind the microphone.

â€œI’m a real stage girl. I like a live audience – it’s the best. The audience brings out different energies. “

“No matter how often I do it, what happens in the rehearsal room is very different from what happens on stage.”