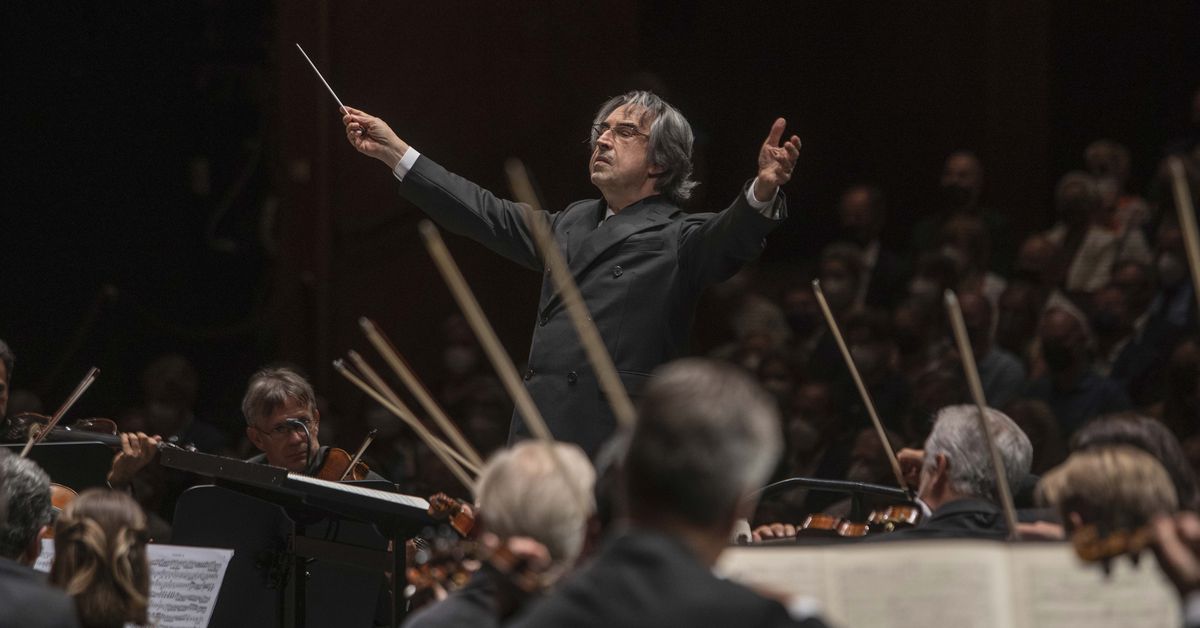 Riccardo Muti: Art and culture can help to heal a world ravaged by the pandemic

There is joy in Riccardo Muti’s voice.

The maestro, who has been music director and conductor of the Chicago Symphony Orchestra since 2010, is delighted to be back in town, he says and is returning to the Orchestra Hall to perform live music for the first time since February 2020.

The return began two weeks ago with Muti and the CSO opening the orchestra’s autumn residence in 2021, which ends this weekend with three performances starting on Thursday evening.

“The fact that the orchestra is reunited here after 19 months is not only important for the orchestra itself and the musicians who have found their musical family again, but also for the audience that can come [once again to the concerts]“Says Muti during a recent chat. “Often governments have closed theaters too early and too easily.”

Muti refers to the pandemic closure of all theaters and cultural attractions from March 2020 that has devastated the entertainment industry. It’s not something he suffered from easily, but even then Muti spoke out in favor of the need to return to live performing in some way. And that’s exactly what he did when he performed on New Year’s Eve in his adopted home Ravenna, Italy, and later in Vienna, Austria.

A rebel platoon? Maybe, but Muti says this was something the world needed in the darkest days of the pandemic that is still killing people around the world.

“The fact that almost all over the world theaters have been left empty, orchestras have been silenced is something that has never been seen before,” he told Associated Press in May.

For his European concerts, Muti and the various orchestras and choirs were tested daily and social distancing was observed on stage. He says there were no reported cases of COVID at any of the performances, most of which were in the open air. (The New Year’s Eve concert was presented without an audience, and the orchestra was masked throughout the performance in accordance with the COVID protocols in force in Vienna at the time.)

“During the pandemic, doctors are healing the body, that was and is the most important thing,” explains Muti. “The most important thing is to save as many lives as possible. But the virus has also killed economies around the world. This is not a reason to destroy the culture. … There has been a lot of discussion about the possibility of still giving concerts and acting during the pandemic, because that is medicine for your brain, for your soul, for your heart.

“… That was the reason why I said we have to make music, but not superficially,” he continues, “but with respect for the rules and laws.”

While he and the CSO were separated by an ocean and pandemic for over a year, Muti said they stayed in touch at all times, sometimes through virtual music performances.

“I stayed in contact with the musicians, sometimes via video, sometimes we talked on the phone. The musicians often sent musical tributes. So I was never separated from my orchestra. We never really lost touch. By the time [I returned]”In theory, I was here the whole time,” he says with a smile. “As a music director, when you have a wonderful relationship with your musicians, you are like a father to them. I can be like a grandfather considering my age. [Laughs]. It was a festive atmosphere and it was clear that the musicians wanted to play together again. “

“It was my choice because of the title – a tribute to all the musicians, to the audience who lost the opportunity to hear a great orchestra, and to all of the people who lost their lives during this pandemic.

“Now we have to get back to normal. Piano, piano (slowly, slowly) we are returning to normality, to the beauty of music, art and culture. “