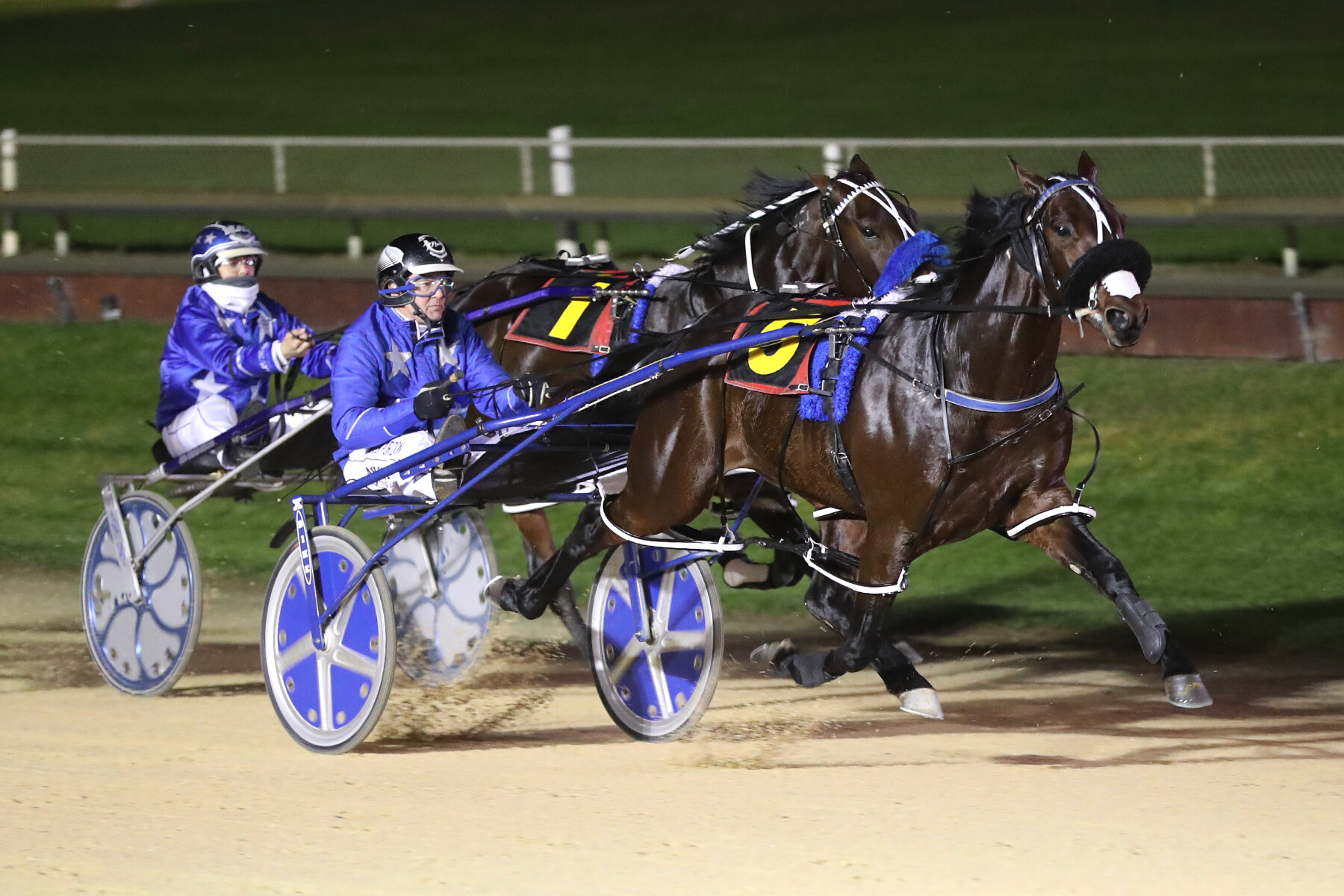 Don’t Stop Dreaming recorded three wins from three starts, all at Group 2 level, as he swept past his rivals to win for trainers Mark Purdon and Hayden Cullen.

The classy colt was purchased by All Stars Racing Stables for $250,000 out of Studholme Bloodstock’s draft at the 2021 Christchurch National Yearling Sale by NZB Standardbred.

Don’t Stop Dreaming will be driven by clients Mark and Dennis Dunford and Ian Dobson of All Stars Racing Stables.

Purdon’s résumé was particularly impressive considering that during his illustrious trotting career he has prepared an incredible lineup of champions of all ages and gaits.

“He’s special, I think,” Purdon said. “He’s just a class, from the moment your arms are crossed there’s just this brilliance that sends tingles down your spine.”

The class of NZB Standardbred product was on full display as Don’t Stop Dreaming led a field full of National Yearling Sale buys.

Incredibly, the first six horses to pass the post and seven of the eight starters in the venerable feature, which dates back to 1943, are NZB Standardbred graduates.

The two-year-old was an impressive winner in his debut for the Purdon-Cullen stable before finishing second on Friday night.

Vinke B (NZ) (Vincent) reinforced his fine debut third behind Don’t Stop Dreaming in the $60,000 Group Two Diamond Creek Farm Classic (2200m) with another strong performance for third place behind the undefeated stallion.

Vinke B was purchased from Rosedale Farm by All Stars Racing Stable at the 2021 Christchurch National Yearling Sale for $42,000.