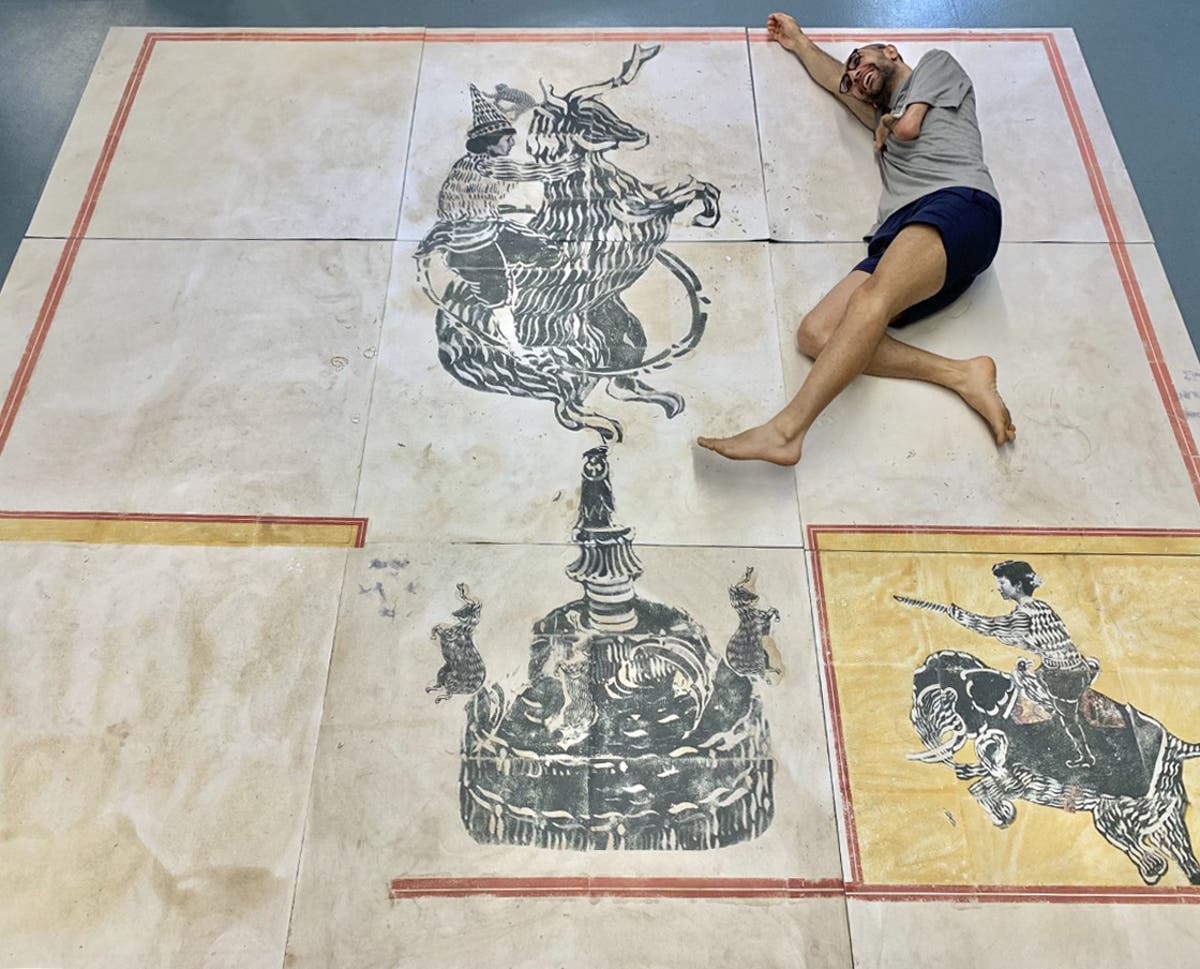 Paralympian from Iran has works of art exhibited in Edinburgh

For some of his work, he uses Poppy Roll, a heavy roll of fabric that resembles ancient versions of papyrus – a material made in ancient Egypt from the pithy stem of a water plant for writing or painting.

With the disability in his left hand, Mr. Barrangi works on the floor and uses his feet to stabilize his work while cutting or printing.

When he’s not immersed in his works of art, the printmaker has excelled in sport and previously represented Iran as a sprinter in Paralympic 100m and 200m races.

Inspired by his body, the artist and athlete said that his work often features images of people with lost arms, limbs, or other disabilities.

For his prints, he also draws on images and ideas from a combination of western and eastern works of art and women whom he admires.

“In my world, all heroes are women,” he said.

â€œI like to show pictures of my mother, exiled Iranian queens or just friends that mean a lot to me.

â€œI often combine them with animals or mythical creatures, as my work often focuses on travel and travel and immigration.

“Sometimes I combine elements from classic western painting with eastern stories or pictures.”

In August 2017, Mr Barrangi, who now lives in Leeds, arrived in the UK to seek asylum from Iran.

Now, with a Master of Arts from the Royal Drawing School in London, he is the first artist involved in the Edinburgh Printmakers’ new pan-European art project called In From The Margins.

The program, funded by Creative Europe of the European Commission, which supports the cultural and audiovisual sectors, will provide residence opportunities for refugees and asylum-seekers and / or artists affected by migration.

Mr Barrangi’s work will be presented at the venue at the Anything Is Possible exhibition, which runs from January 22nd to March 27th next year.

Throughout the residency program, Edinburgh Printmakers will welcome refugee and migrant communities to the studios to connect with resident artists, share their stories and create new work.

Mr. Barrangi added, â€œMy work ultimately shapes me and my feelings and my view of the community around me. Although every exhibition is different, it comes from my own inner feelings.

â€œAt every exhibition I like to try out new methods and new work. Of course there is a risk, but for me it is a challenge. “

Mr. Barrangi’s work is also included in the Royal Family Collection, the British Museum Collection, and the San Diego Museum of Art Collection.

The best gifts art world insiders have ever given, from a revered old master painting to a cheeky hat