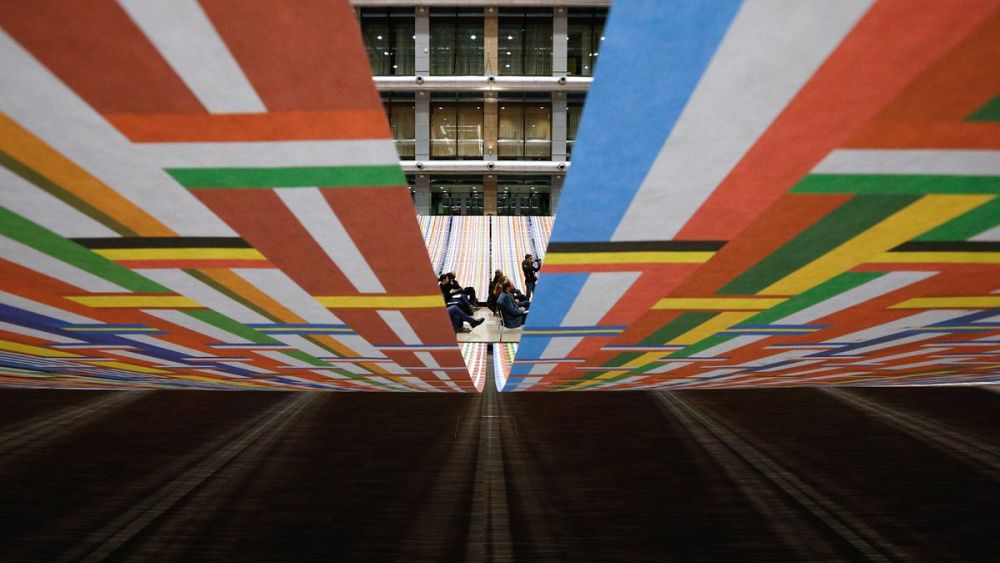 On the occasion of the French EU Council Presidency, the art installation “Fabric of Europe” will be unveiled in Brussels

During each presidency of the Council of the European Union, the Justus Lipsius building is decorated on the basis of an artistic design concept developed by the member state holding the rotating presidency.

The French culture minister Roselyne Bachelot-Narquin and the state minister for European affairs Clément Beaune inaugurated the installation “The Fabric of Europe”, which will adorn the Justus Lipsius building during the French presidency.

The work of art is composed of the 37 colors of the 27 flags of the member states within the EU and was created in cooperation between the architecture office Ateliers Adeline Rispal and the graphics agency Si / Studio Irresistible.

The textile installation consists of two large “wings” – each wing consists of ten large strips of fabric that can be up to 4 meters high.

It provides a visual representation of the connections within the European Union and with the rest of the world and embodies the EU motto “United in Diversity”.

The work of art “celebrates the strength and creativity of Europe and the Europeans who make it up and who weave its web every day,” remarked Culture Minister Roselyne Bachelot-Narquin.

The installation “The Fabric of Europe” will be visible throughout the French presidency – until the end of June.

Check out the video above to see the spectacular installation

Exhibition in the Sistine Chapel opens this weekend