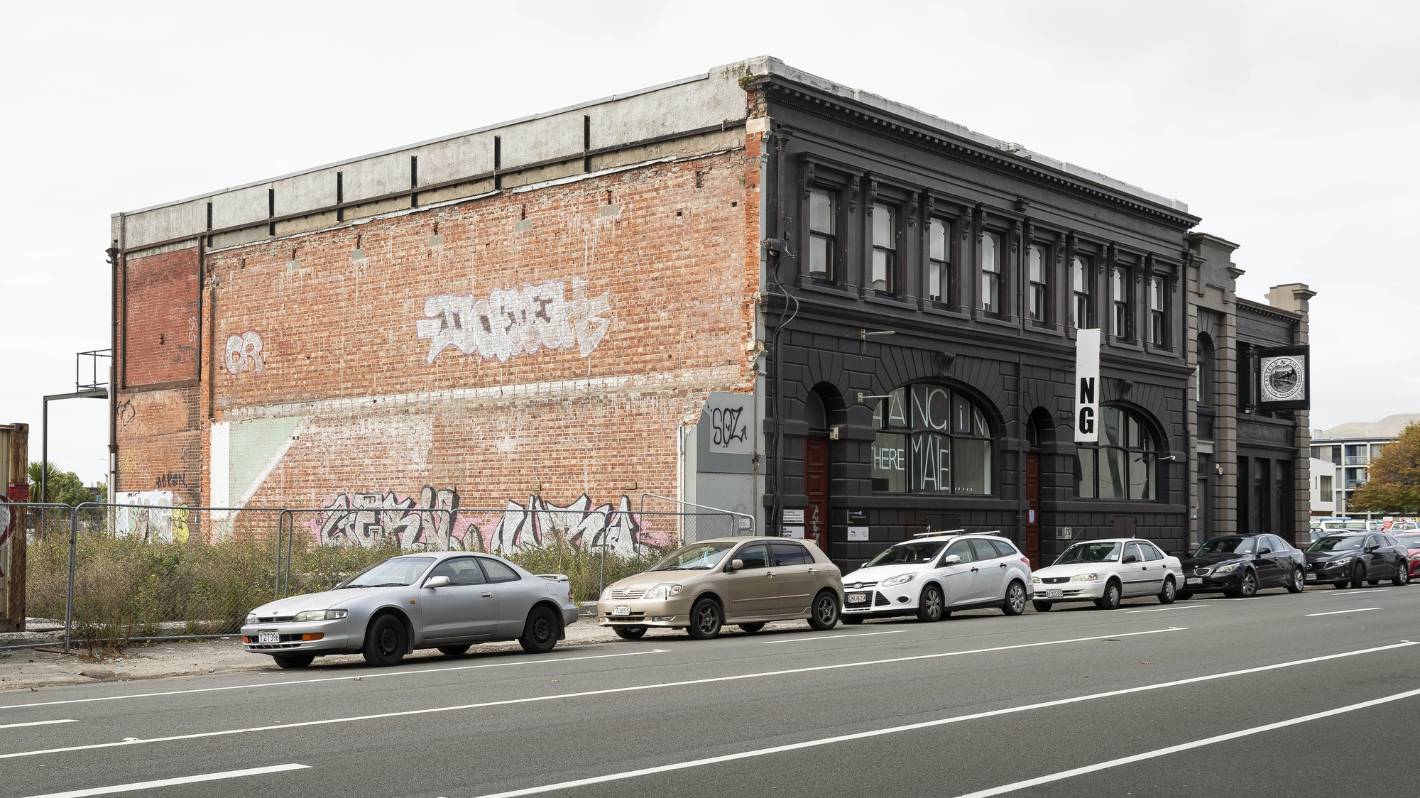 The NG Building is located on Madras Street in the center of Christchurch. It stands on a site earmarked for the city’s new sports stadium.

The 117-year-old NG building, which sits on land needed for Christchurch’s new stadium, will now not be moved but will be demolished.

The shocking reversal was announced by the building’s owners, Roland Logan and Sharon Ng, who fought to save it for nearly a decade.

Last year, the government used earthquake forces to acquire the building, but Logan and Ng went to court and eventually got an injunction to prevent the change of ownership.

The couple then agreed to move the building about 200 meters from its current location to a new location that would not have got in the way of the planned central city stadium.

CONTINUE READING:
* Why the owners of the NG building are not celebrating yet despite the breakthrough
* NG Building to be moved out of the way of Christchurch’s $473 million stadium
* The 3000 day fight to save the NG building in Christchurch from demolition
* NG building owners keep fighting to keep building with an art auction fundraiser

But Logan said this week the move was no longer possible – and he confirmed the building would be demolished.

In a statement, he claimed the stadium’s project team could not plan a new route for the building’s relocation, saying it would affect the rest of the stadium’s schedule.

He declined an interview.

David Kennedy, chief executive of the city government responsible for planning and building the stadium, said the project team briefed Logan and Ng on “the cost implications of further delaying the stadium.” [stadium] Project”.

The NG building on Madras Street is on the site of Christchurch’s proposed stadium, but a nearly decade-long battle to save it rages on.

He said a new agreement was then reached “on the basis of their own assessment of the risks involved”.

Per Logan and Ng’s agreement to move the building, which was reached with Toitū Te Whenua/Land Information New Zealand (Linz), the two had to complete the move by June of this year.

Matt Bradley, head of Linz’s project and hazard management team, said the agreement was updated this week “to reflect that it is not possible to move the NG building until June 2022”.

Bradley said the site on which the building stands must be vacant in June for stadium work to begin.

“The owners can salvage any parts of the NG building that they want to keep,” he said.

Linz did not say who paid for the demolition.

In his statement, Logan thanked the stadium’s governance board and the consenting teams from the City Council and Regional Council “for their support and their efforts to support the move.”

Stephen McCarthy, whose design office rented the NG Building for about six years after the earthquake, said he was saddened by the demolition.

McCarthy thought it was a bigger loss than people realize. “I think we’re going to look back in 30 or 40 years and say, ‘That was a shame.'”

“It was a big challenge, I have to say, but they were determined to save her,” she said. “Once that’s gone, it’s just a tangible symbol of our past that’s just gone.”

The dispute over the future of the NG Building began when the city’s “blueprint” for the earthquake reconstruction, released in mid-2012, showed that the building stood on a plot of land earmarked for the new stadium.

Since then, Logan and Ng have been fighting to save their building. They held an art auction last May to raise funds for the fight.

One of the paintings sold was given to Logan and Ng by artist Ralph Hotere, who instructed them to sell it in case the government tried to buy the building. It sold for $35,000.

Construction of the stadium is scheduled to begin later this year.