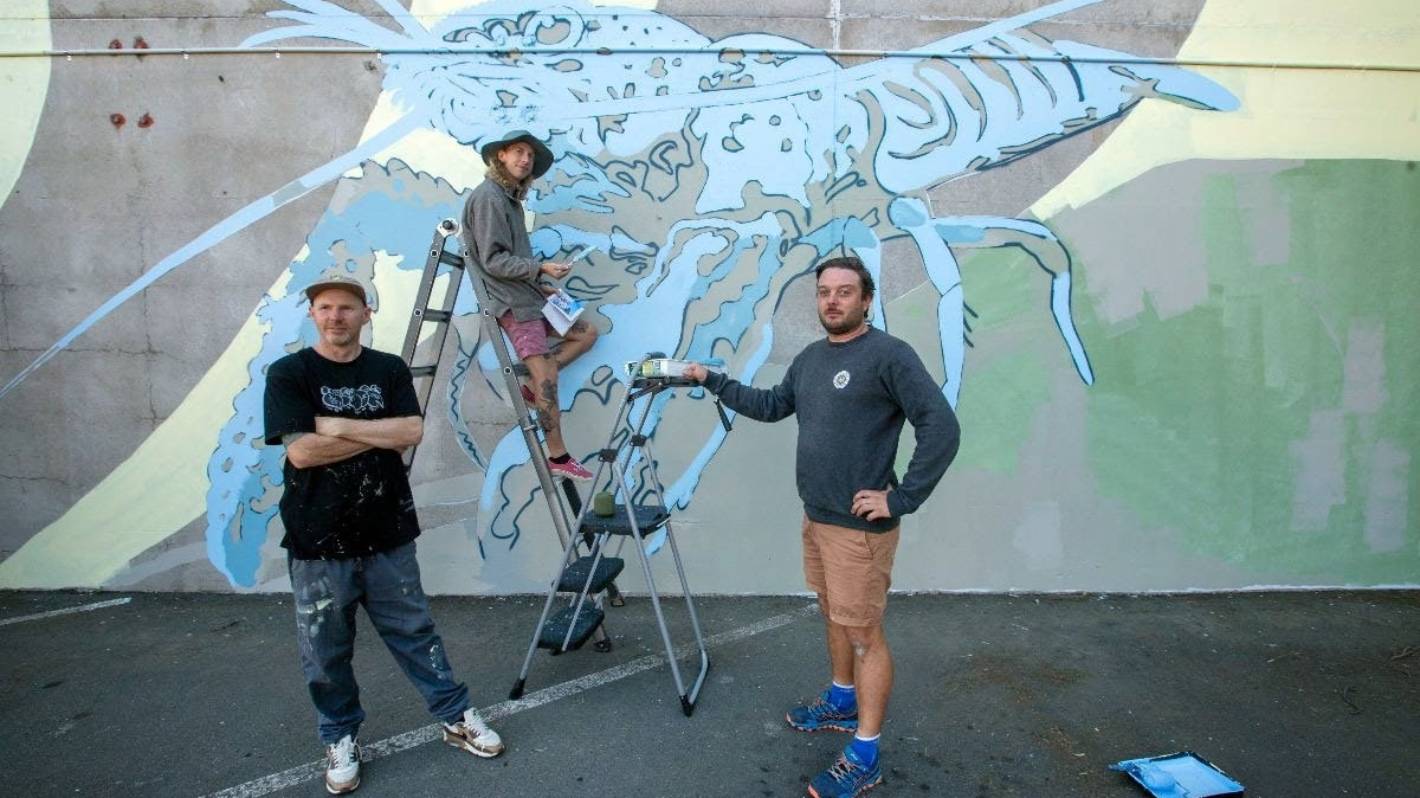 Nelson’s latest giant mural has turned an unlikely place into a place of beauty – the hidden gem.

Artist Sean Duffell (Ngāti Porou) and his collaborators Thijs de Koning and Chris Zesk spent five days over Easter installing the work at the Nelson Waste Recovery Centre, which was inspired by the Brook Waimārama Sanctuary.

The mural depicts tuna/longfin eel, īnanga/whitebait fish, kokopu and kōura/crabs, and titiwai/fireflies glittering at either end of the 60-meter-long wall.

Duffell said the work is a “reminder of the fragile ecosystem that’s right outside our back door.”

The broader message that unfolds across the mural, he said, is “to become more aware of our footprints as human beings.”

The design is influenced by the flow and colors of the Maitahi awa, said Duffell, who is based in Te Waiharakeke/Blenheim.

“Concern for the Haora/health of our Whenua/land, Awa/rivers and Te Moana/oceans are important elements in the visual story played out across the mural,” he said.

The $30,000 mural was funded from Nelson City Council’s annual arts budget and from the NCC’s Solid Waste account, the latter being self-funded from sources such as landfill waste.

Duffell, Koning and Zesk won the artwork tender from a pool of over 20 entries in February.

“Inspirational public art like this has the power to lift spirits and make people feel that Whakatū Nelson is a place worth living and worth visiting.”

NCC Infrastructure chairman Brian McGurk said the artwork is a “visual reminder of the responsibility we all have to keep our beautiful Maitahi full of life.”

“We can talk about these important things whenever possible, but sometimes an image can do the job a thousand times more effectively.”