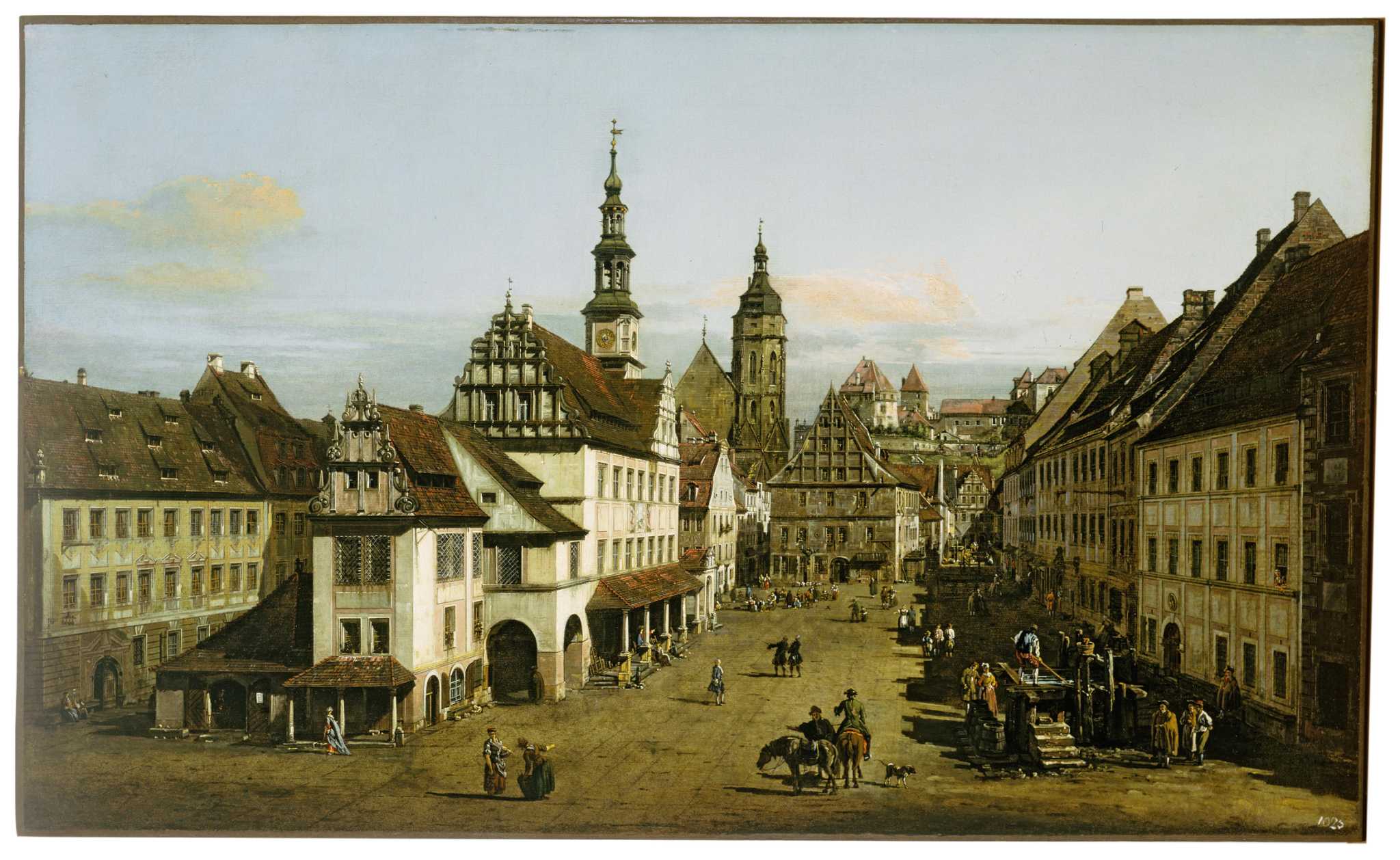 Houston’s first art museum faces federal court Thursday with a Chilean family over allegations the museum improperly obtained an 18th century image stolen from a Jewish collector by the Nazis during World War II. The Museum of Fine Arts, Houston, has documented its claim that the pre-war sale of Bernardo Bellotto’s landscape work was through the proper channels and at the behest of the ancestors of the litigants.

The collector’s family believes the sale was made under duress – under anti-Semitic economic pressures and the Nuremberg Race Laws – and are demanding that the painting should be returned. The Monuments Men Foundation for the Preservation of Art believes the work belongs to the collector’s family. The Art Discovery Foundation’s president and research director, Anna Bottinelli, said in a press release last summer that evidence in the organization’s investigations revealed that the MFAH has “an urgent duty … to return the Bellotto painting to its rightful heirs without delay.” “.

US District Judge Keith Ellison will decide whether the heirs’ case is merited after Thursday’s hearing and will go to court.

Art that once belonged to wealthy Jewish families was confiscated by Hitler’s troops and in some cases hidden during the occupation. A group of European and American curators, historians, and librarians who became known as the Monuments Men discovered thousands of these stolen paintings in a salt mine in Altaussee, Austria. The grandchildren of one such collector sued the Houston Museum, saying they were “rightful owners” of a painting that was among the works excavated by the Monuments Men.

The painting in question, The Market Square of Pirna, was commissioned by King Augustus III. of Poland, who, according to a court document, also held the title Elector of Saxony. The realistic cityscape – set in a city that is now part of modern Germany – features a busy market square with Sonnenstein Castle in the background. Bellotto painted several smaller autographed replicas of the original marketplace for other clients, which was a common practice.

One of these replicas later belonged to Max James Emden, a German-Jewish department store magnate and art collector whose heirs were pushing for restitution related to art they say was stolen from the collection he kept in Switzerland, where he was raised Maggiore lived on a private island on the Lago.

Join the conversation with HouWeAre

We want to encourage conversation and highlight the intersection of race, identity and culture in one of America’s most diverse cities. Sign up for the HouWeAre newsletter here.

The museum says in a background post on his website that before the war Emden took steps to sell three Bellotto paintings in 1937 via a Jewish gallery owner to Hitler’s art dealer Karl Haberstock for a museum the Führer was building. Many works intended for Hitler’s museum were hidden during the war. Houston Museum researchers found that the three Emden Bellottos were taken to a central collection point in Munich after the fall of Berlin in May 1945. Two of these works became the property of the federal government, presumably acquired through a voluntary, unforced sale. In 2019, the federal government returned these paintings to the Emden heirs.

The third bellotto of Pirna’s market square, known as 1025 Pirna, is now considered a museum painting. This work was returned to the Dutch government by the Allies in 1946 and then passed through official channels, according to the museum, to Hugo Moser, an international art dealer with a gallery in New York, who sold it to Samuel Kress of New York. Kress donated the work to the MFAH in 1961.

The Chilean heirs who have sued the Houston are the collector’s grandchildren, Juan Carlos, Michel and Nicolás Emden. They say the Monuments Men mistakenly turned over the Pirna painting to the Dutch government as part of a shipment of other stolen artworks to the Netherlands. They say the Monuments Men asked Dutch officials to return the work, but their news came after Dutch officials returned the Emden replica to a German art dealer living in New York City, and that dealer created false proof of origin documents when he sold it.

MFAH’s researcher found that Max Emden’s sale of the three Bellottos to the German government in 1938 was voluntary. The researcher noted that Emden “openly pursued and received its asking price”.

Emden’s grandchildren say that Max Emden’s rapid financial decline directly correlated with the Nazi persecution of Jews through laws designed to cut them out of the German economy and deprive them of their wealth for the benefit of the Third Reich. By April 1933, court documents say, the Nazi government’s financial restrictions intentionally caused Jews like Emden to lose assets. They said that their grandfather’s holdings in Hamburg banks were frozen. He was also prevented from earning rental income from his properties.

In addition to sending them to concentration camps and exterminating them, the Nazis deprived Jews of their citizenship and forced them to abandon their businesses and ventures, the lawsuit states, and “non-transferable fixed assets were increasingly used to cover man-made and unamortizable corporate loans and notional tax liabilities” that led to the liquidation of the Emden textile trading company, stopped any flow of money in Germany to Emden.

The Houston Museum notes in its Backgrounder that the heirs’ dispute comes too late. According to court documents, the museum says family members did not repeatedly challenge ownership of the painting when given the opportunity.

The grandchildren say in their lawsuit that the art museum is complicit in their delay.

“For years the museum, whether out of free choice or willful ignorance, has obscured facts and rejected evidence of the true provenance of the Emden 1025 Pirna, even refusing to take the sensible steps that great museums with such immense resources have in common to discover the.” to confirm correct provenance (and ownership) Emden 1025 Pirna, including the refusal of the Emden heirs to personally examine the painting and its original frame for identifying marks,” the court filings say.

More stories from Houston and Texas