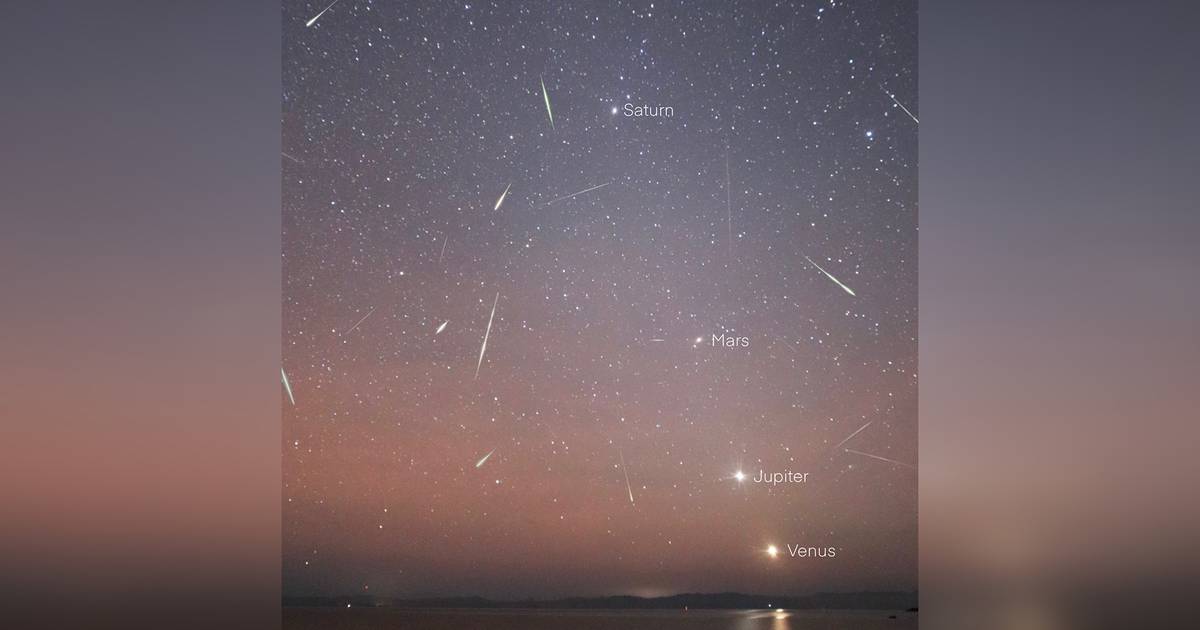 Stargazers from across Aotearoa have sent images to 1News, capturing the sights of falling meteors and glowing planets that lit up Sunday’s skies.

From Waiheke Island to Takaka Bay, the Kiwis braved the early hours to witness the rare sight of the Eta Aquariid meteor shower surrounded by glow from Saturn, Mars, Jupiter and Venus.

Among them, amateur photographers captured the spectacle.

From the shore of Waiti Bay, Auckland Stardome Astronomer Josh Aoraki used a long exposure to capture three hours of the night sky.

“There’s something pretty blinding about staring up at the sky at night as your eyes adjust to the darkness you’re beginning to see.”

“It’s very special, this mixture of orbital mechanics, science and art, the beauty of the universe… it was very fulfilling to watch.”

At the tip of the South Island, Shelley Grell sent 1News a photo of a star falling over Takaka Bay.

“I managed to catch a couple [of] Amateur photos of the four planets and some meteors (with maybe a satellite or two) between the clouds,” she wrote.

In Rotorua, Jessie Phillips provided a clear view of Saturn in the interval between shooting stars.

The annual sight is one of the most beautiful celestial events in the southern hemisphere.

Each May, Earth traverses the trail of dust and ice left by the Haley Comet, casting streaky glows as the comet’s debris ignites and falls through Earth’s atmosphere.

And while this year brought the stunning sights of four distant planets to the spectacle, Josh Aroraki says it’s all in preparation for something even rarer next June.

“Basically all the planets you can see with the naked eye will be visible at the same time.”

He says that Saturn, Mars, Venus and Jupiter have drawn closer together since March and will be joined by Venus next month.

“Four planetary alignments are pretty rare, but getting those five, including the time of Matariki, is going to be pretty special.”