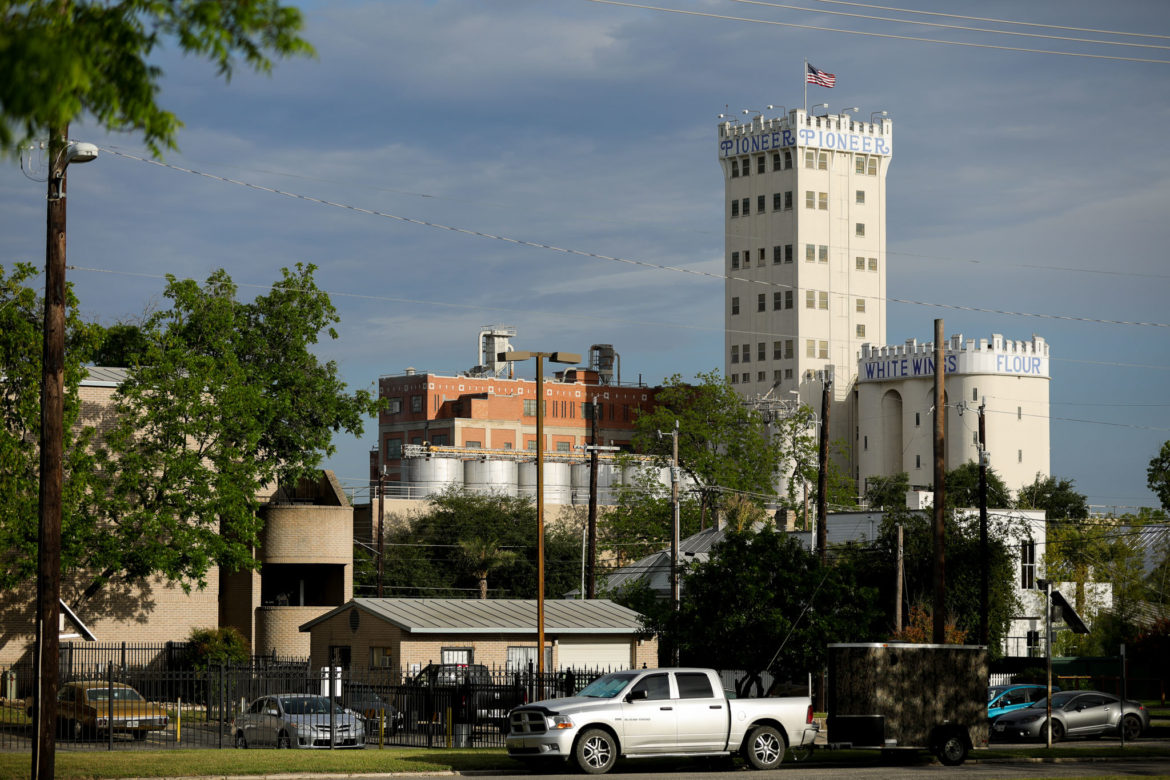 An exhibition originally planned by the McNay Art Museum has found a new home after a row over sexually explicit artworks.

Sarah Fox, the artist at the center of the controversy, has organized an independent exhibition at the Blue Star Arts Complex featuring the eight artists who were originally part of the McNay’s 8 Create [SATX] Exhibition. When Fox refused to alter or replace her artworks, which was deemed too daring by the museum’s curatorial staff, her invitation to the exhibition was withdrawn, and five of the remaining artists withdrew from the exhibition in protest.

Fox, Lisette Chavez, Alyssa Danna and Libby Rowe show off the artworks that will be featured in the 8 Create Exhibition while Jennifer Ling Datchuk, Xavier Gilmore, Drew Morros and Joshua Perez will show modified or alternative artworks.

The museum has since presented a revised version of its exhibition with a new title and a new focus. The McNay exhibition is now called Marion Koogler McNay’s legacy, with two of the original eight artists, Morros and Perez, participating. It opens on March 17th.

echoes of the past

After learning of the situation, arts guide Ethel Shipton reached out to Blue Star Arts Complex owner James Lifshutz, who offered Fox free use of an empty space formerly owned by Terminal 136, an art gallery extension of the university’s arts program of Texas in San Antonio.

“It seemed like the right thing to do,” Lifshutz said.

Lifshutz shared the “synchronicity” of the current situation where local artists were struggling with a local museum and a past situation that led to the creation of the Blue Star Contemporary art space.

In 1986, the San Antonio Museum of Art summarily canceled a planned exhibition by 27 local artists and fired its curator, Steve Bradley, in part because of his focus on local artists, according to sculptor Danville Chadbourne, who was scheduled to be part of the show. In response, Lifshutz’ father and original Blue Star owner Bernard Lifshutz, along with development partner Hap Veltman, offered space in their newly acquired empty warehouse at the intersection of Alamo and Probandt streets.

Chadbourne attended the revived show and recalled that he and other artists helped clean out the raw storage rooms, build walls, and hang the art.

Like Fox and her compatriots, Chadbourne said he and the other artists took it upon themselves to make the show a reality despite the museum’s lack of support. “We all got together and all the artists were like, ‘Yeah, let’s just do this thing.'”

The McNay has recently hosted exhibitions of female artists and transgender artworks, the latter of which prompted a community information session to promote understanding among museum visitors. At the time of 2019 Transamerica/n McNay director Rich Aste said, “Everyone absolutely has the right to be reflected on our walls and in our galleries.”

Regarding the current situation, having lost six artists out of eight commissioned to participate in the 8 Create Exhibit and see them put on their own show in another space, Aste said in an email, “This beautifully reflects San Antonio as a place of great diversity. We are fortunate to have a variety of art venues – including the McNay – that support the wide and beautiful spectrum of artistic vision, all based on their respective missions.”

Lifshutz said his offer of space for the Fox exhibit was not intended as a criticism of McNay. “They have their caliber, they have their curatorial vision, they have their supporters… and they do great work. And that… didn’t fit what they wanted. And my philosophy is that I don’t have to live with all these limitations.”

“But if it makes you think and if it gives you other perspectives … that’s what a nimble mind should do anyway,” Lifshutz said, and the Blue Star Arts Complex is “physical space and its headspace to allow creative people to do interesting things.” do.”

Chavez & Danna & Datchuk & Gilmore & Fox & Morros & Perez & Rowe will open on the evening of April 1st and can still be visited by arrangement for a month.

Disclosure: Jennifer Ling Datchuk is a member of the San Antonio Report Board of Community Advisors. Nicholas Frank participated in a Contemporary Art Month 2020 exhibition at the McNay Art Museum.