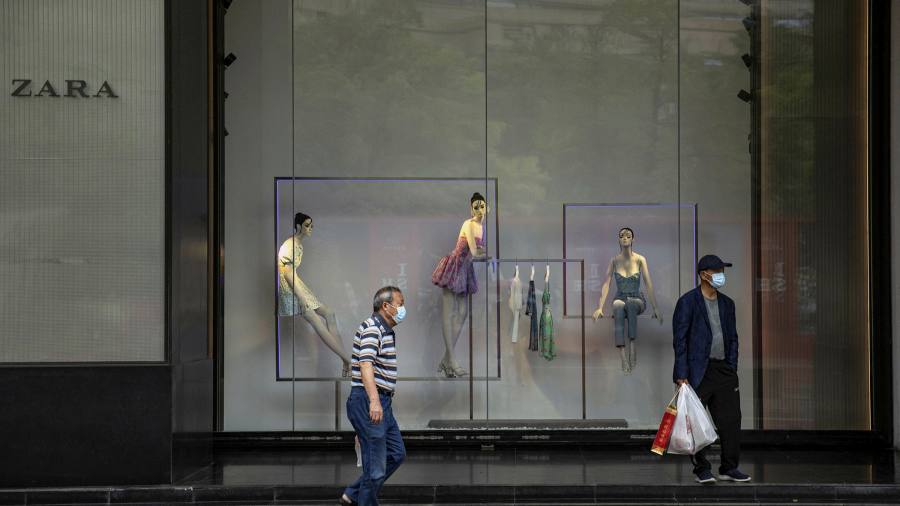 Retail sales in China fell for the third straight month in May as lockdowns as part of President Xi Jinping’s zero-Covid strategy dampened growth in the world’s second-largest economy.

Retail sales fell 6.7 percent from the same period last year, according to official figures, but still beat the 7.1 percent decline forecast by analysts polled by Reuters.

This was a slight improvement from April’s reading, when authorities in Shanghai implemented strict lockdowns and sales fell 11.1 percent. Sales were also largely flat compared to April.

But China’s industrial production, which measures output from the country’s mines, factories and utilities sector, rebounded in May, up 0.7 percent from the same period last year. Analysts had predicted a drop of the same amount.

The National Bureau of Statistics said the recovery in industrial production was driven by growth in production of new energy vehicles and solar cells, which rose 108.3 percent and 31.4 percent year-on-year, respectively. Retail sales, meanwhile, were dragged down by a 21.1 percent drop in catering spending.

The figures underscore how hard China has been struggling to motivate its consumers to continue spending despite strict lockdown restrictions that mean some are unable to go to work or visit shops or restaurants.

Other official figures released on Wednesday showed that home sales in the country, by value, were down 41.7 percent from the same period last year.

The country’s property developers were already struggling to contain a spreading liquidity crisis ahead of the imposition of strict lockdowns in the country’s main cities in April and May.