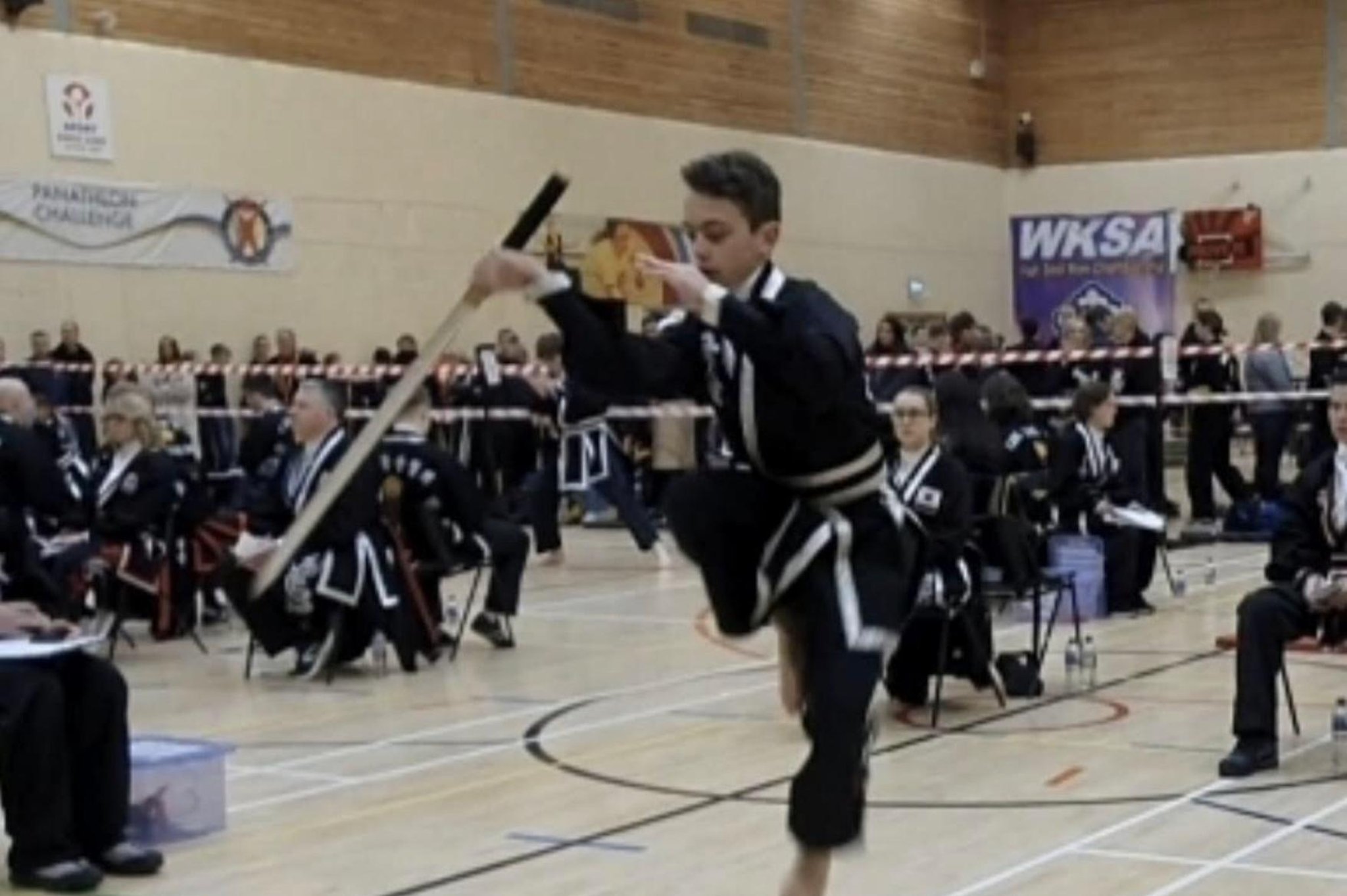 Kuk Sool Won Boston brought 18 students to the WKSA European Championship at Norwich University of East Anglia and finished 10th on the continent.

Schools from across the UK and Europe competed against more than 700 participants.

By the end of the day, most of the students had won at least one medal.

This was the first tournament in more than two years that Master Alex Suh 8th degree from the USA was allowed to attend to represent his father Grandmaster In Hyuk Suh.

“When the school placements were announced, we were surprised to find that we were 10th in Europe. This is a great achievement considering we had so few competitors,” said school principal Sonny Boyall.

The following week four students traveled to Liverpool to compete in the British Championships.

All four won medals in most categories, with Ben Smith winning first degree gold in sword.

“For our school, traditional arts are more important than competitions. It’s nice to see how students win when there is little practice for tournaments,” added Sonny.

How to style a long sleeve t-shirt – NoHo Arts District