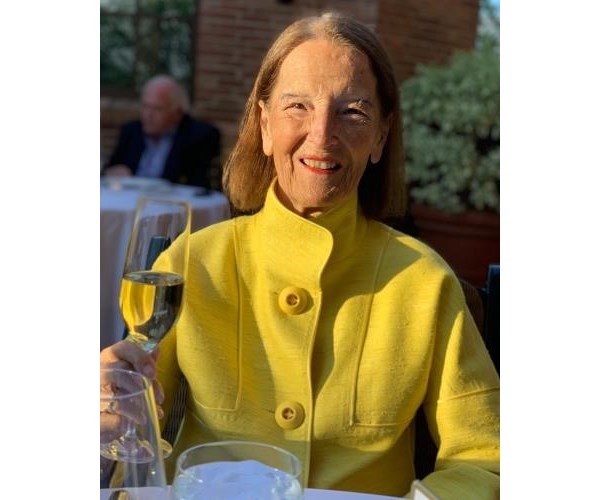 August 6, 1928 – October 10, 2021 Joanne Thompson Caillouette died peacefully with her three children in the early morning of October 10, 2021 at Hoag Hospital, Newport Beach, California. She was 93 years old. Joan Thompson was born in Tacoma. born in Washington in the summer of 1928. She grew up with a younger brother, Buck Thompson, and two sisters, Jane Russell and Kay Enbom, on the edge of Lake Steilacoom in Lakewood, Washington. Joan was quite an athlete and excelled at horse riding and jumping, swimming and diving. In sixth grade, Joan met her 65-year-old husband, Jim Caillouette. They went to school together in Lakewood and got married shortly after college on Joan’s family property on Puget Sound called Silverbow Farm. An excellent student, Joan attended Smith College in Northampton, Massachusetts, then Reed College in Portland, Oregon, and graduated with Jim from the University of Puget Sound in Tacoma. Joan was studying to get her teaching diploma so she could teach first grade while Jim graduated from the University of Washington in Seattle with a medical degree. A few years later they moved to Altadena, California and eventually Pasadena, where Joan lived in the same wonderful home for over sixty years. Joan and Jim enjoyed local outings with their three children, Laure Nichols (Lakebay, WA), Jamie Caillouette, MD (Laguna Beach, CA) and Anne Lawler (Atherton, CA), European holidays with Friends of The Huntington, and decades of extensive volunteer work Planned Parenthood of Pasadena and lecturer at the Huntington Library, Art Museum and Botanical Gardens. In addition, Joan served on the boards of the Huntington Board of Overseers, the Pasadena Garden Club, and the Pasadena Planned Parenthood. Joan’s main occupations and joys were tennis with dear friends, reading, and gardening until he was 91. She will be remembered for her intelligent, kind, hardworking, and lovely presence. Joan leaves behind her brother Buck Thompson and their three children Laure, Jamie and Anne as well as ten grandchildren and six great-grandchildren. Donations on Joan’s behalf can be made to Pasadena Planned Parenthood and the Huntington Library, Art Museum and Botanical Gardens.