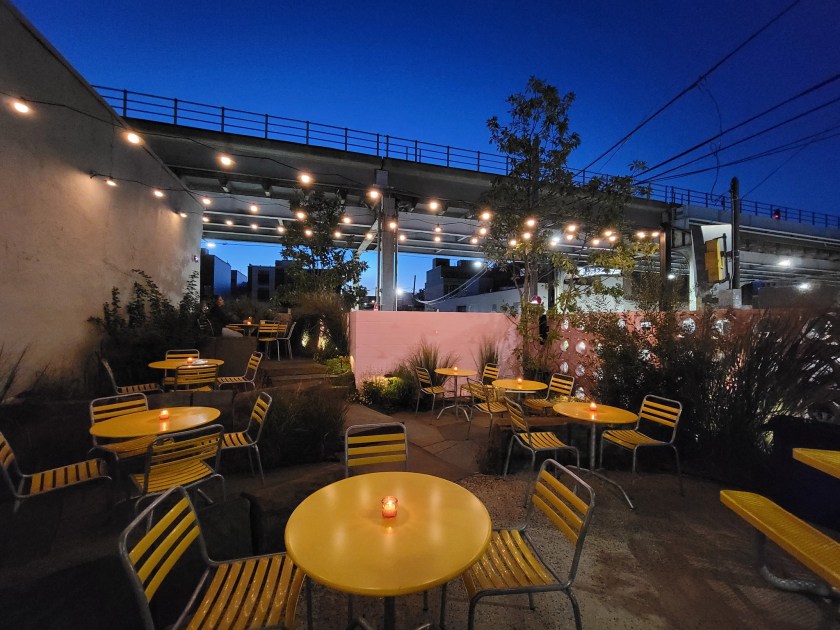 In Stephen Starr’s LMNO: Fishtown Philadelphia gets a new restaurant

💌 Do you love philadelphia? Sign up for the free Billy Penn newsletter for everything you need to know about Philadelphia every day.

Stephen Starr has his first new Philly restaurant since 2017 with the opening of the LMNO on Wednesday evening, a Mexican themed and multidisciplinary meeting point in a former car dealership under the El.

When the rumors of the mega-restaurateur’s project leaked three years ago, that section of Front Street was on the move. New retail and housing developments preferred, but revitalization had not yet begun on the long-neglected Fishtown and Olde Kensington border. Construction was carried out on the former North American Street industrial corridor. Evil Genius had just opened its beer garden, and the team behind Johnny Brendas’s were about to open The International Bar.

The area can now clearly be described as one of the hottest gentrification areas in the city – and there’s no better indicator than a Starr restaurant, one of 17 of a total of 36 in Philadelphia that it currently operates.

LMNO is a collection of many different concepts that only really fit together thanks to the decades of experience of Starr and his team in the hospitality industry. The menu is inspired by Baja, Mexico. The decor is full of vintage and pastel colors. There is a bookstore. And an art gallery. And a music club in the style of a recording studio.

With this family tree and plenty of outdoor seating, there is no doubt that it will be popular. Will it be great to be a mainstay of the city, on par with Parc and El Vez? That remains to be seen.

Here’s a look at what to expect when you go.

LMNO Chef Francisco Ramirez is from Mexico City and, according to The Inquirer, worked as a dishwasher for Starr at age 16 and then rose to cook in some of Philly’s most iconic restaurants. On his return to Starr’s farm, he oversees a semi-open kitchen where a live fire grill is presented.

The grill supplies many types of meat for tacos, served classic or “dirty” crispy on homemade blue corn or masa tortillas (flour tortillas are calculated from Arizona). There are also a few seafood tacos and a vegetarian option.

Other small plates include loaded waffle fries, guac and chips, aguachiles (like shrimp ceviche), and tostadas. The menu is rounded off with larger dishes – “to share”, because that’s what people do these days – such as grilled sea bass or cauliflower, leg of lamb and roasted lobster.

Check out the menu here.

A huge, four-sided bar sits under a skylight in the center of the room and adjoins several dining rooms and the outdoor seating area.

It has four beers on tap, two from Mexico and two from the Philly region (including one from Evil Genius next door). There are several bottled and canned as well, plus a local Two Robbers Hard Seltzer and half a dozen wines by the glass.

The mixed drinks list is divided into sections by style. Choose a beer that you can pair with a range of spices for the unexpected synergy of a michelada, choose a hard liquor that goes with ingredient combinations like espresso, green tea, or jackfruit juice. There is classic margaritas or mango, and there is a frozen red sangria with brandy.

The interior design is by Serge Becker, who is apparently well known in New York City. He divided the 6,000 square meter. Space in several rooms that distribute 200 seats in several dining rooms with pastel colored walls, furnished with vintage furniture from the 70s and 80s. A retractable garage door opens to the outdoor seating.

To enter the restaurant, head through the porch, past a series of booths next to a pink patterned concrete wall along Palmer Street. The outdoor seating extends to the front of Front Street with a few platform levels culminating in a raised table surrounded by plants almost directly below the El. The noise of passing trains is like a forced call reset.

Named for the part of the alphabet that everyone says as a word, LMNO was designed to feature “creatives from around the world,” Starr said in a press release.

The bookstore is curated by NYC-based Dashwood Books and features several handpicked rare and out of print art and photography volumes. There is merchandise to browse or buy, and the area also turns into a private dining area.

On another wall is a rotating art gallery, in which the opening exhibition shows the picture of the photographer Bill Bernstein from the disco era. You can buy a custom zine with these works from the bookstore.

A mixing booth can be set up in the main room, and there are plans to bring DJs for dinner and weekend brunch. The sets also take place in the “listening room”, a separate room equipped with a retro-style analog 2-channel stereo system.