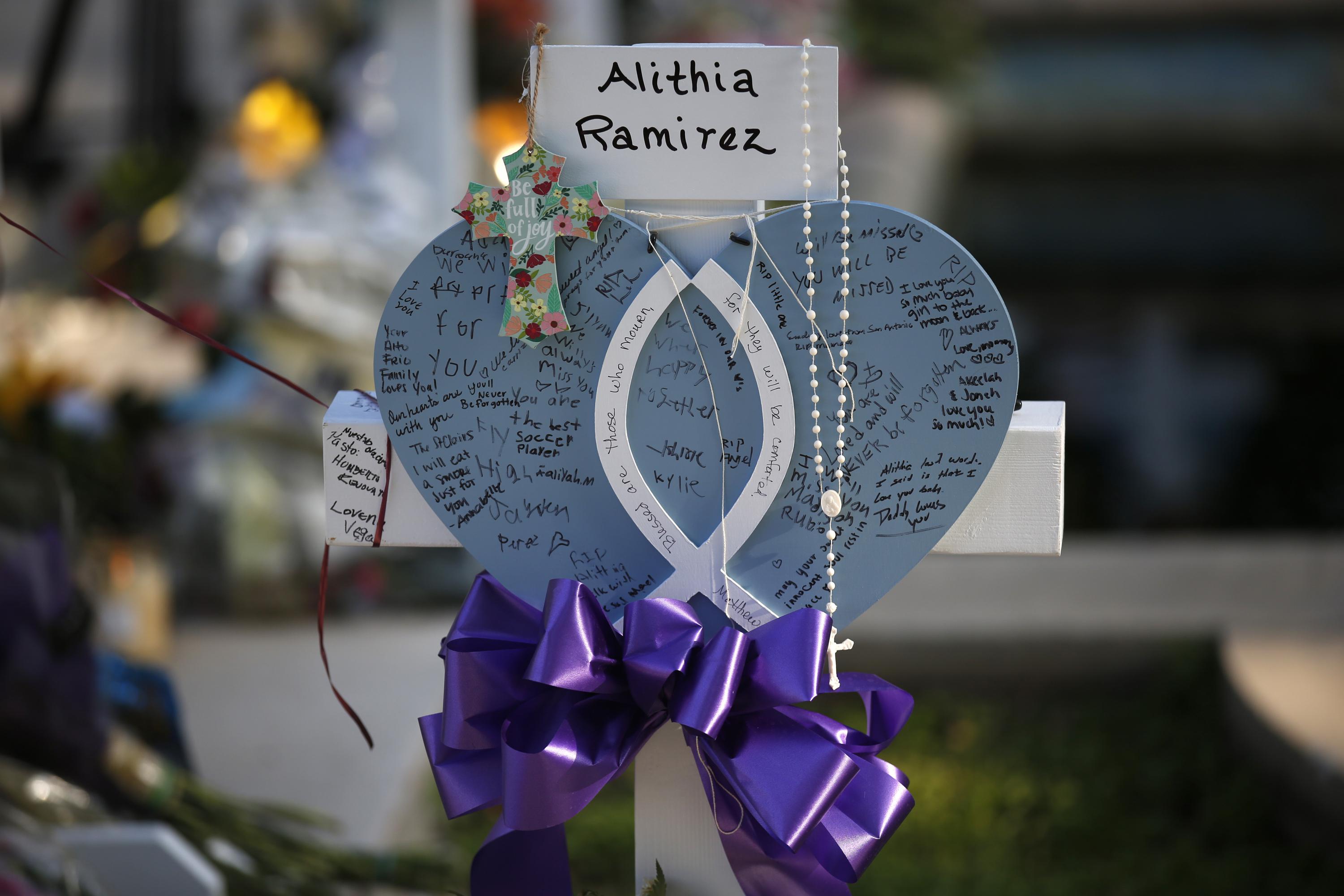 Funeral for Uvalde girl who dreamed of going to art school

UVALDE, Texas (AP) — Mourners Sunday remembered a girl who was an aspiring artist whose joy at reaching the double-digit age of 10 charmed broken hearts around the world.

Alithia Ramirez was among 19 children who died along with their two teachers on May 24 when an 18-year-old gunman opened fire with an AR-15 style rifle at Robb Elementary School in Uvalde, Texas. Alithia’s funeral was scheduled for Sunday afternoon at First Baptist Church. The funerals will continue until mid-June.

Ten-year-old Alithia Ramirez was a loving and caring girl who loved to draw.

Her obituary described her as bright and an “extremely loving young lady who dreamed of attending art school in Paris. She was very reliable, always wanted to take care of everyone and was a role model for her siblings.”

Alithia’s parents met with President Joe Biden during his visit to Uvalde on May 29, KENS-TV reported. They said Biden asked if he could hang one of their drawings in the White House.

Ryan Ramirez said Biden told parents, “Whenever we hang it, we’ll send you a picture of where it’s hanging and you can see it anytime.”

Ryan Ramirez rushed to Robb Elementary when he heard about the shooting. He told KTRK-TV he just wanted to find his daughter and bring her home.

After her death, a photo of Alithia was shared around the world, smiling broadly while wearing a tie-dye T-shirt that read “Out of single digits” and “I’m 10.” Her birthday was the 28th.

Her father later posted the same photo to Facebook without words, but with Alithia wearing angel wings.

“It’s a nightmare for parents. This is the worst of the worst,” Ryan Ramirez told KENS-TV on Wednesday.

What about the anti-Semitic pig at the Martin Luther Church?