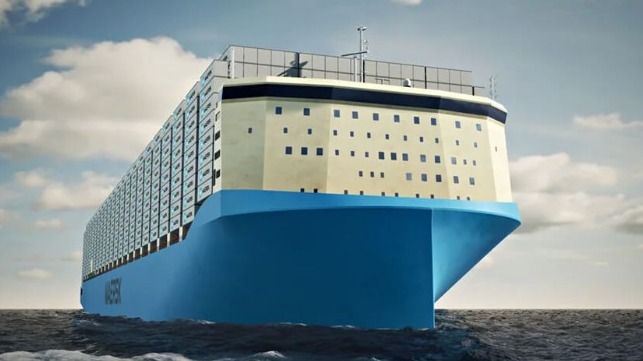 Efforts continue to develop the global supply network for methanol and in particular the environmentally friendly green biomethanol to support the shipping industry’s transition away from its traditional fossil fuels. Shipping giant Maersk is leading the effort after saying it was concerned there would not be enough gas fuel to support its new fleet of dual-fuel ships, which are due to enter service on methanol in 2024.

Maersk announced that it has signed a seventh methanol production partnership to join the global green methanol production network it unveiled in March 2022. At the same time, European Energy, which was one of the first partners to join the network, has also secured a supply of a key ingredient for the production of fuel that will qualify as green biomethanol.

Maersk claims that green methanol is the only market-ready and scalable solution available today to decarbonize the shipping industry, and that production needs to be scaled up through collaboration across the ecosystem and around the world.

Chinese bioenergy company Debo is joining the global network of companies Maersk is working with to produce at least 730,000 tonnes per year of green methanol by the end of 2025, needed for its first 12 green container ships to be built in South Korea. Geographically, Maersk has established a green methanol production network in Asia, North and South America. The other companies Maersk works with are CIMC ENRIC, European Energy, Green Technology Bank, Orsted, Proman and WasteFuel.

Maersk announced that it has signed a letter of intent covering Debo’s plans to develop a biomethanol in China with a capacity of 200,000 tons per year, which will start commercial operations in 2024. The raw material for the green biomethanol will be agricultural residues. Maersk intends to purchase the entire quantity produced.

As a high-tech enterprise covering R&D, production, sales and operation of bioenergy technology, Debo has been committed to the research and industrial application of biomass thermal conversion for more than 15 years with more than 100 built in China and abroad biomass gasification projects. The company plans to expand its biomass gasification experience to synthesize green methanol, natural gas, hydrogen and aviation kerosene, and has established a complete intellectual property protection system.

“Maersk has set an ambitious end-to-end net-zero target for 2040, and the availability of green methanol at scale is critical to our fleet’s transition to sustainable energy,” said Berit Hinnemann, AP Moller – Maersk Head of Green Fuels Sourcing. “Partnerships across ecosystems and regions are essential to achieve the scale needed to make meaningful progress on this agenda as early as this decade.”

European Energy, which was one of the first companies to join the global network, has also taken an important step to develop the supply chain for the components needed for the planned production. The company, which has pledged to produce between 200,000 and 300,000 tonnes of methanol annually by the end of 2025, has signed an agreement with Anaergia of Canada to supply up to 60,000 tonnes per year of liquefied biogenic carbon dioxide for 10 years. Anaergia will supply the liquefied CO2 from the anaerobic digesters operated at its facility under construction in Tønder, Denmark and has agreed to build a state-of-the-art CO2 liquefaction system at the facility for delivery to European Energy.
European Energy will use the materials supplied by Anaergia to produce green e-methanol to fuel Maersk’s ship with this biogenic CO2. The companies explained that biogenic carbon dioxide is carbon dioxide released when organic matter such as food waste decomposes. Biogenic carbon dioxide, derived from organic matter, is considered a desirable feedstock for low-carbon fuels because its use does not add new carbon to our atmosphere. As part of its gas processing to produce renewable natural gas, Anaergia typically returns a clean stream of carbon dioxide to the atmosphere. The company cites the agreement with European Energy as an example of carbon capture and use, a crucial step towards net zero.

“The benefit for us is the ability to sell the biogenic CO2 from our plants, which is produced when we convert organic materials into methane and CO2,” said Andrew Benedek, Chairman and CEO of Anaergia. “By selling this CO2 instead of releasing it into the atmosphere, our plants help decarbonize hard-to-reduce sectors like shipping, while also becoming more profitable as we turn this off-gas from our plants into a useful fuel. ”

Maersk will unveil the line of groundbreaking 16,000 TEU container ships that will be powered by carbon-neutral methanol in 2024. The first series of eight boxships to be built by Hyundai Heavy Industries will be approximately 1,148 feet long and according to the company, will allow for a 20 percent improvement in energy efficiency per container transported compared to the industry average for vessels of the same size. The vessels are seen as the start of a new sector for the industry as smaller transport companies including X-Press Feeders have also turned to methanol and recently it was reported that CMA CGM is securing its focus on LNG powered vessels and also an order for vessels gives up being able to use methanol.