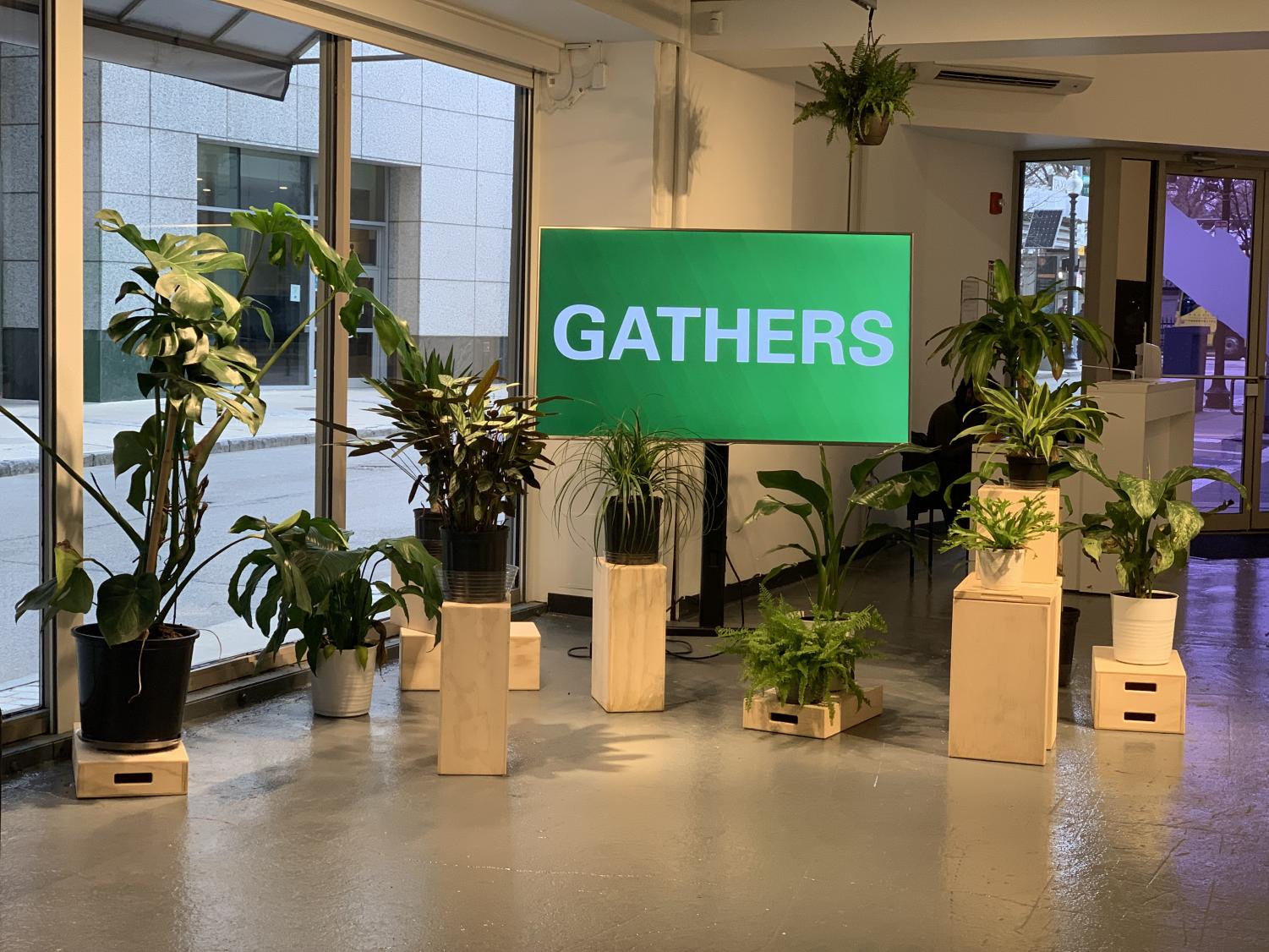 Raised in Cambridge, Tribe received her MFA from UCLA and a BA in Art and Semiotics from Brown University. Her work mainly includes film, video and installations.

The exhibition shows works that were created between 2010 and 2021 websiteThe works reflect “the artist’s longstanding interest in consciousness, memory and the limits of verbal communication”.

“When I came to Emerson three years ago – there are so many people working with film and video -[and with] “With all the different areas of study at Emerson, I thought it would be a good time to contact her,” Bradbury said.

onomatopoeia shows two documentary videos: “The Last Soviet” (2010) and “Afasia” (2017). Narrated and subtitled in English and Russian: “The Last Soviet” is a 10-minute video offering different perspectives on the emotions of a lost Russian cosmonaut on the Mir space station during the collapse of the Soviet Union.

“Afasia” features a photographer who suffered a left hemisphere stroke that affected his ability to communicate. With English and Spanish subtitles, the photographer’s reflection combined with a description of Tribe’s efforts to re-learn a foreign language provides an understanding of how the confinement of language affects life.

The exhibition shows two photo prints from 2017, Black Tourmaline (front) and Black Tourmaline (rear), which will be shown for the first time in the USA. Also included are silkscreens inspired by cognitive tests, as well as two new ‘scratch drawings’.

forest for the trees (2015) shows a monitor between potted plants and apple crates, each displaying a word. Fantastic trip (2020) is a recording that visitors can listen to on their personal devices.

“Her work is really powerful in the sense that if you spend more time with it you can discover more about the world and you start to see connections between all the different works that are presented together in the gallery, so it is worthwhile in that sense,” Bradbury said. “The more time you spend [on it]the more you have of it.”