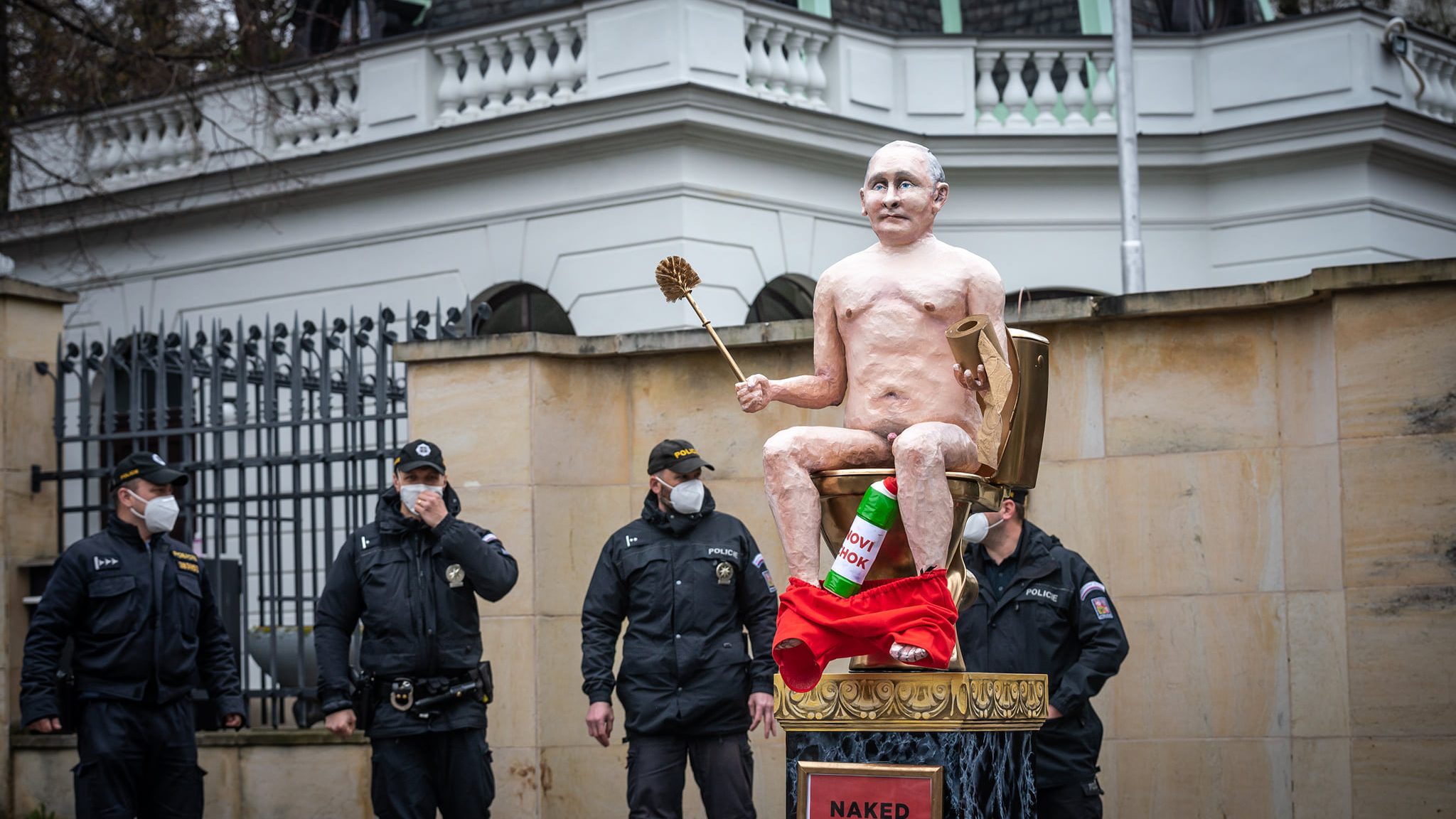 Despite Zeman’s newfound anti-Putin rhetoric, Russia-related business interests continue to dominate the head of state’s office at Prague Castle. And since broader Czech society is now – at least for the time being – convinced of the dangers posed by Moscow, it is this “fifth column” that Kaputin now wants to target, says van Gemund.

However, he is reluctant to go into details. “We don’t really hear from the Czech security services, but we are concerned that the local Russian and Chinese security services are watching us,” he says. “And the police always seem to know what we’re up to.”

“And that’s okay to a certain extent,” he adds. “Some of our actions are on the verge of legality and we have paid fines. But these risks must be taken to have an impact.”

Kaputin has rarely been subjected to much violence, the activist reports, but he suggests things could get more aggressive if more attention is paid to Zeman’s gang and its financial ties to Russian interests.

The president’s security forces are different from most others, explains van Gemund. At the ceremony in Olsany, bodyguards were visibly upset that the protest got so close to the frail seventy-year-old. But there was little they could do because it was a public event, the activist emphasizes, noting that information about the legal status of the president’s appearance came through new political friends.

“Since the war [in Ukraine], we have started to get a lot of support from important political figures,” claims van Gemund. “And that’s an incredible change. Everything has changed since February 24th. But Zeman’s people remain mischievous and hostile.”

But the Czech Republic is not Russia or China, and the authorities are acting cautiously, even in the face of Kaputin’s outrageous theatrics. And that’s not ideal, complains van Gemund.

“We need a reaction. We shamelessly seek media attention,” he says. “Our goal is very concrete: to influence the political elite and make public opinion aware of the dangers of these dictatorial regimes.”

But denying such drama often leaves Kaputin’s grotesque puppets and crude slogans — or “applied art,” as van Gemund calls it — to do the heavy lifting.

“We believe that attention can be drawn with cheap and original ideas. This is applied art, and originality is key,” says the activist. “But art is not the defining element. We’re very political and very ambitious, and at the end of the day we’re just a PR organization trying to help people understand the threat posed by these modern dictatorships.”