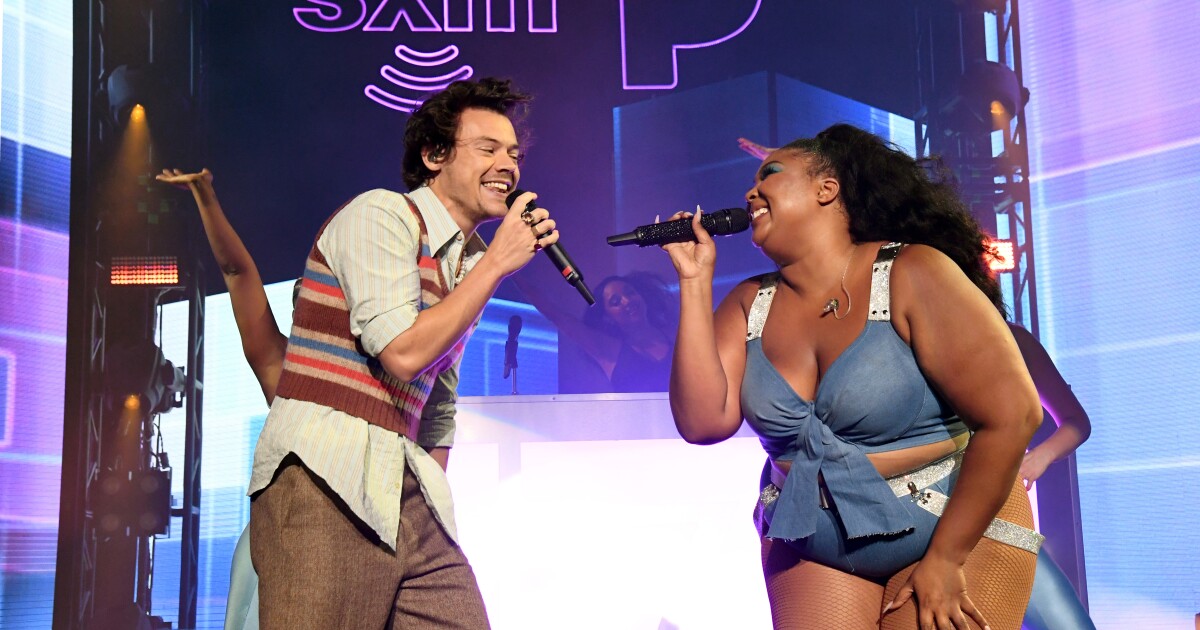 Throwback jams and power duets set the tone for the second weekend of this year’s Coachella Valley Music and Arts Festival, with surprise performances from Lizzo, Hayley Williams and Kendrick Lamar.

On Friday, Headliner Styles and Lizzo teamed up for some disco boy band fun. And rapper Baby Keem excited hip-hop fans by bringing out his cousin, Lamar, for a live performance of their Grammy-winning collaboration.

Headliner Billie Eilish injected some pop-punk magic into her set on Saturday with a little help from Paramore frontwoman Williams. Here’s a rundown of the best moments of Coachella Weekend 2 so far.

Styles and Lizzo channel One Direction

Colleagues in pop and besties that Styles and Lizzo traveled back in time for a fabulous duet by Gloria Gaynor’s disco classic “I Will Survive” followed by a nostalgic rendition the One Direction anthem “What Makes You Beautiful”.

(Former One Direction heartthrob Styles has repeatedly returned to his boy band roots in concert, despite launching a hugely successful solo career five years ago.)

Clad in vibrant feather cloaks, the hitmaker couple smiled, danced and harmonized, much to the delight of the lively audience. The musicians previously reunited on stage for a dynamic performance of Lizzo’s hit “Juice” after Styles’ cover of the track went viral in 2019.

“Last night was amazing,” Lizzo wrote on Instagram on Saturday.

“[Styles] is a treasure, God’s gift to rock ‘n’ roll, the light that comes from it is real and infinite. He makes it easy to be on stage in front of hundreds and thousands because it’s a friend. His team is amazing – and baby them Gucci coats….?!?? Thanks H, like you said ‘see you next time.’”

Lamar and Keem are cousin goals

It’s only fitting that Lamar stepped out to recite his verse from Keem’s “Family Ties,” which won the Grammy for rap performance earlier this month.

“Oh s-!” exclaimed Keem as Lamar had its grand entrance and cheers erupted from the crowd. The cousins ​​fed on each other’s pounding bass and energy, hopping and banging in unison while neon pyrotechnics lit up the stage.

Lamar also contributed to Keem’s Performance of “Vent” from his 2021 album The Melodic Blue. The Pulitzer Prize-winning artist’s Coachella performance came days after he announced that his long-awaited new album Mr. Moral & the Big Steppers” is expected to be released on May 13th.

Eilish and Williams are into Paramore

Eilish and Williams threw it back to the early 2000s an acoustic duet from Paramore’s pop-punk anthem “Misery Business”.

It is worth noting that Paramore made a conscious decision in 2018 to refrain from performing “Misery Business” for “a really long time” after some deemed the song, about two women competing for the same man, anti-feminist.

“Wow… my first Coachella,” Williams said after hugging Eilish on stage. “Thank you for sharing this with me. That is sick!”

Williams later returned to the stage during the second half of Eilish’s hit single “Happier Than Ever”.