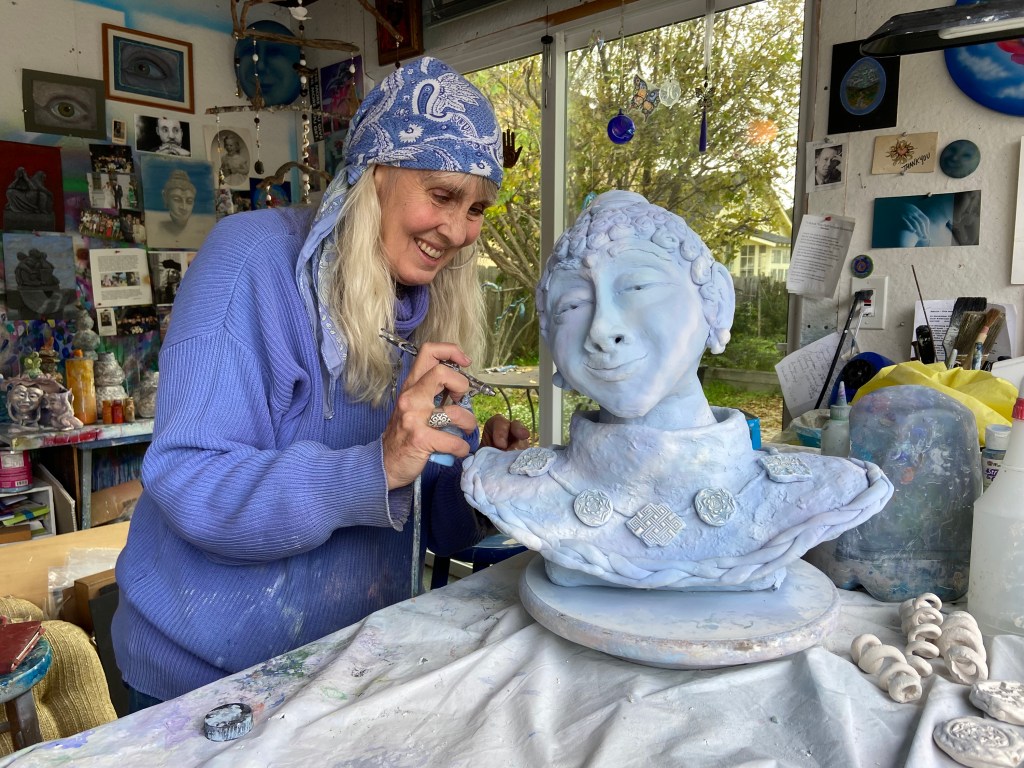 Marica Perry sees the world through the eyes of a child and the wisdom of a wise man. She consumes color with all of her senses, which gives her a wider palette to promote a kinder, more compassionate world through art. Her work is bright, whimsical, emotional, and at times soft and ethereal. But always full of hope.

It was the motto: â€œMake art. Be Kind, â€which pioneered the Monterey Youth Arts Collective (YAC), a nonprofit founded by Perry and her artist wife Meg Biddle in 2000 to bring creativity, friendliness, and confidence to youth through art convey. Perry had already established herself as an artist, through the nuanced techniques of fine airbrushing of marine and aviaries, botanical and animal and sometimes human images to celebrate the “spirit of wildness and the savagery of the spirit”.

Yet for more than 20 years, Perry has focused almost every waking (and sleeping) moment primarily on the hundreds of children she raised through YAC. Finally, the colourist decided to share her inspirations and results through Rainbow Dance, a solo art exhibition that opens on January 8th at the Sylvan Gallery in Sand City.

“Marcia introduces such a playful use of color and the interplay of multiple media and different modes of presentation all coming together to create a contemporary yet hearty piece of art,” said Gallery Director Logan Norton. “So many people know Marcia as the primary mentor to art students at the Youth Arts Collective, but they may not know the depth and breadth of their own work, which is why we’re so excited to show it.”

Perry chose the show because she realizes that she cannot authentically encourage the â€œYACstersâ€ she works with to do art unless she continues to be an artist herself.

â€œTaking the time to create my own art, to keep my practice going,â€ she said, â€œkeeps me from becoming a cheater. I am only an artist when I express it. I created something for a long time and then kept it to wait for an opportunity like this exhibition. I am very happy to be able to share my work again. “

The title of Perry’s exhibition “Rainbow Dance” reflects the movement of color in her work. Famous for the color saturation and intricacy in her paintings and prints, Perry now complements the work with detailed porcelain-ceramic sculptures. It’s a medium she began a decade ago when she was taking ceramics classes at Monterey Peninsula College with sculptor Peggy Alanis, who serves as a mentor for YAC.

â€œI wanted to start a ceramics department at YAC,â€ says Perry, â€œso I had to know how to use the medium. I also honed my technique through a summer arts program at CSU Monterey Bay. I broke pretty much every rule Peggy put in place, like starting with china, the hardest clay to work with. Just like I started my painting career with an airbrush; I figured if I started with a difficult medium, I would advance faster. “

Ten years later, Perry has a body of ceramic sculptures, many of which complement her paintings and prints and are worthy of an art installation.

â€œWhen it comes to sculpting,â€ she said, â€œI love the feeling of squashing something into reality. It’s different from painting in 2D. It is a very intuitive job to use two hands to shape a lump of clay into something beautiful or meaningful. And I’ve airbrushed my paintings into my sculpture to get the same shading and layering effect that I get on canvas. Because I’ve worked with it so much, it feels like it’s part of me, another appendix that I can use in new ways. “

Perry usually applies coats of paint to her sculpture and fires the piece after each application of glaze, eventually three or four fires before the sculpture is finished.

“I used gold and also mother-of-pearl overglaze,” she said. “And, oh my god, the effect is really amazing.”

The result can be whimsical or ethereal, but always a study of color and composition.

â€œWhen I started making art,â€ says Perry, â€œI made a conscious decision to only take positive pictures, things that make people feel good. I am looking for the beautiful truth from nature and bring more spiritual ideas to my work. I think there are enough tough messages and images out there. I respect whatever other artists do, but every time we do art instead of war, I’m good at it. “

The life that Perry shaped around art has always been about color, children and love – the things she loves most. Her career as an artist has also included children’s books, illustrated literature, such as her new book, Maggie and Milly and Molly and May, which is based on EE Cummings’ poem about the spectrum of emotional experiences in four young girls.

“I always care about what a child would feel if they looked at something,” said Perry, “that affects a lot of my work, especially my books.”

Years ago while teaching in kindergarten, Perry taught the sounds of each letter of the alphabet through alliteration and imagery, creating intricate paintings of animals combined with each letter. Finally, she collected her paintings, which became murals in many children’s rooms, in her book â€œHere on Earth, an animal alphabetâ€, which was published in 2013 and is available through her studio.

“As artists, we are forced to make art, visually express our experiences and emotions,” said Perry. “As I tell the children at YAC, we all have to find out what we are doing here and what we have to give, both of which are important.”

The Rainbow Dance exhibition runs from January 8th to February 2nd on Saturdays and Sundays from 12:00 pm to 4:00 pm at the Sylvan Gallery, 613 Ortiz Ave., #A, Sand City.