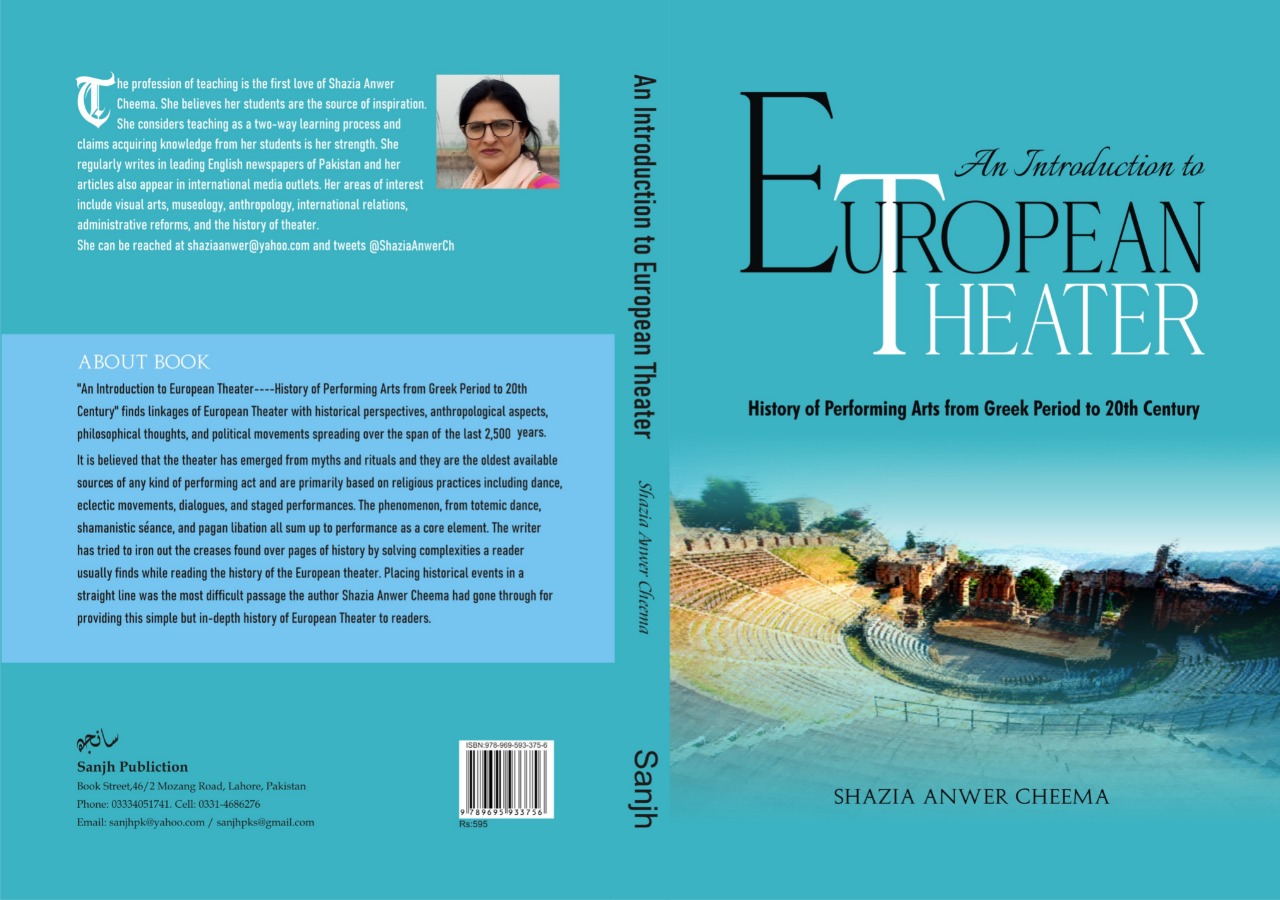 Lahore, Pakistan: The book premiere of “An Introduction to European Theatre—-History of Performing Arts from Greek Period to 20th Century” will be held on March 3, 2022 at 17:00 at Shakir Ali Museum Lahore.

The history of European theater from Greek times to the 20th centuryth Century, An Introduction to European Theater—-History of Performing Arts from Greek Period to 20th Century, was written by Shazia Anwer Cheema, a Prague-based columnist, author, and foreign policy expert. Shazia Anwer holds her M.Phil. in Cognitive Semiotics from Aarhus University Denmark and is currently a Ph.D. Studied semiotics and philosophy of communication at Charles University in Prague.

“An Introduction to European Theater—-History of Performing Arts from Greek Period to 20th Century” covers the journey of the visual and performing arts spanning 2500 years, is always a reflection of the times and gives the absolute justification for the idea that no art form can be understood in a vacuum. Artistic work is an organic process that emerges with the help of certain binary forces such as politics, economy and social fabric of the time. First in the form of an idea, then it turns into philosophy and later it is translated into artistic forms/genres. Sometimes a philosophy provides breeding ground for artistic genres, and sometimes artistic experimentation creates a philosophical realm. In both cases, history, politics and sociology cannot be filtered out of art. To understand visual, performing and literary arts, the reader’s journey must be a social and political history of the art and the artist. So any book written about visual arts, performing arts and literary arts is equally a book about history, philosophy and politics and therefore must be useful for historians, students of philosophy and students of politics (International Relations, Public Diplomacy, Cultural Diplomacy).

A Life in Wood | Art and Culture | Style weekly