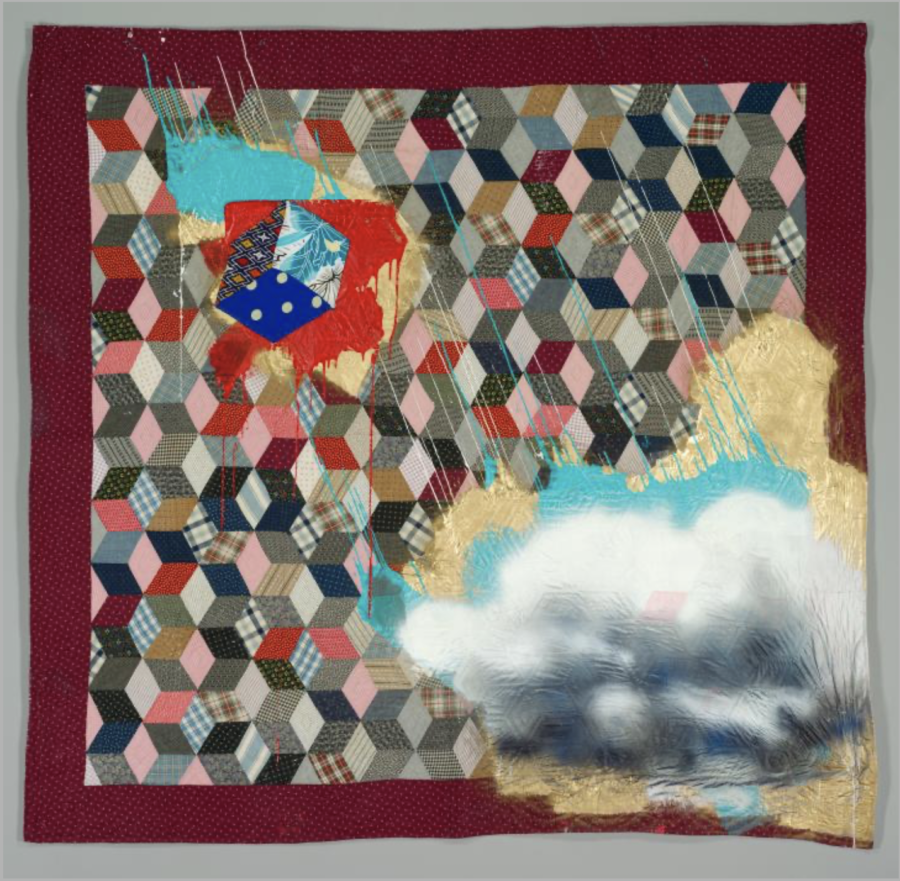 The Cleveland Museum of Art has become the site of an exhibition that defies the norms of institutional exhibitions. Currents and Constellations: Black Art in Focus takes the idea of ​​an art exhibition and turns it on its head, offering its audience a deeply candid glimpse into the worlds of black artists living and working in the United States. With four satellite exhibitions spread throughout the museum in addition to a main gallery space, Currents and Constellations: Black Art in Focus forms a striking connection between identity and place while challenging the conventions of the typical museum experience.

The central space of the exhibition – located in the Focus Gallery on the ground floor – shows a peripheral scattering of pieces brought together through the establishment of five recognizable themes: ‘Turning away’, ‘Turning towards’, ‘The Sacred Worldly’, ‘ Resistance in Black and White” and “Black Cartographies”. Although each work in this space identifies primarily with a single theme, there is a lingering sense that the pieces are all in constant communication, working together to convey a cascading array of tactile messages ranging in individuality, love, pain, Community and presence are rooted. We can see how this collection of artworks melds together, allowing us to understand the powerful “currents” of personal expression and thought that identify these works as complex renderings of real-world experiences.

In the center of the gallery is “Forms Carried Aloft, No. 2”, welded in steel by Richard Hunt in 1960, with a delicate but unmistakably naturalistic presence. Its abstraction separates it from the idealized perfection of the human form so consistently found in the chronicles of the artistic canon. The play’s twisted and edited utterance is where the parallels between mortal and worldly beauty can be identified. Nearby hangs Kenturah Davis’ The Bodyly Effect of Color (Ambrose) (2020), which elaborates on the notion of the individual voice. The artist wove letter stamps and faded shades of ink to create the form of a young woman who is turning away, her anonymous face and square shoulders proudly speaking for her. Created by Sanford Biggers in 2014, Cumulo presents a new form of history painting that uses handcrafted quilts as canvases, a reference to the belief that quilts sewn with hidden instructions were used to transport enslaved individuals via the Underground Railroad to the United States freedom to lead. By merging this historical connection with his family’s quilting tradition, Biggers expands a generational discussion while weeding out elements of heavenly yearning and promise.

Four gallery spaces throughout the CMA house additional branches of the Currents and Constellations: Black Art in Focus exhibition that fuse permanence with an appreciation of past exclusions. “I Am All That Will Save Me, Scale II” from “Vogel und Lava” (2021) by Torkwase Dyson and Winter Branches #4 (1953) by Norman Lewis both play with notions of abstraction, distorting clearly recognizable facets of life into elaborate reflections of the self. Don Thrash’s innovative “Mr. X’ (1937-38) cuts a gap in art’s predominantly white field, proving that when necessity is the mother of invention, the desire to build identity and share is culture’s ‘North Star’. All three pieces can be found in CMA’s contemporary galleries, where they expand the conversation in the Focus Gallery, whispering back and forth with the other works as they shape the somber but ever-present constellations of human connection.

The final and perhaps most poignant aspect of the exhibition is the inclusion of Titus Kaphar’s Shadows of Liberty (2016) in the Colonial American Gallery. Shown alongside a 1779 portrait of George Washington by Charles Willson Peale, Shadows of Liberty” contains standard components usually found in depictions of the first president, but Kaphar does not allow this portrait to be one of idealized size. Driven into the canvas of Shadows of Liberty with sharp nails are long strips of yellowed fabric on which are etched in careful cursive the names of the 300 people enslaved by George Washington. Nearby, a “male figure (nkisi nkondi)” statue from the Democratic Republic of the Congo served as inspiration for the painting: the rusty nails hammered into its small wooden body symbolized the sealing of sworn oaths and empowerment through aggression. Kaphar’s Shadows of Liberty peels away a corner of whitewashed, sanitized American history while restoring a small dose of the honor owed to those who have been denied the right to their identities for so long.

The ways in which art can be used to experiment with identity are endless. The artists represented in “Flows and Constellations: Black Art in Focus” have taken their bearings from the past, be it the historical canon and the infinite figures that reside within it, to whom we have attached honour, or the records of personal and social history, entwined with emotions and inscribed memories. “Currents and Constellations: Black Art in Focus” is on view until June 26 and is open to all visitors.