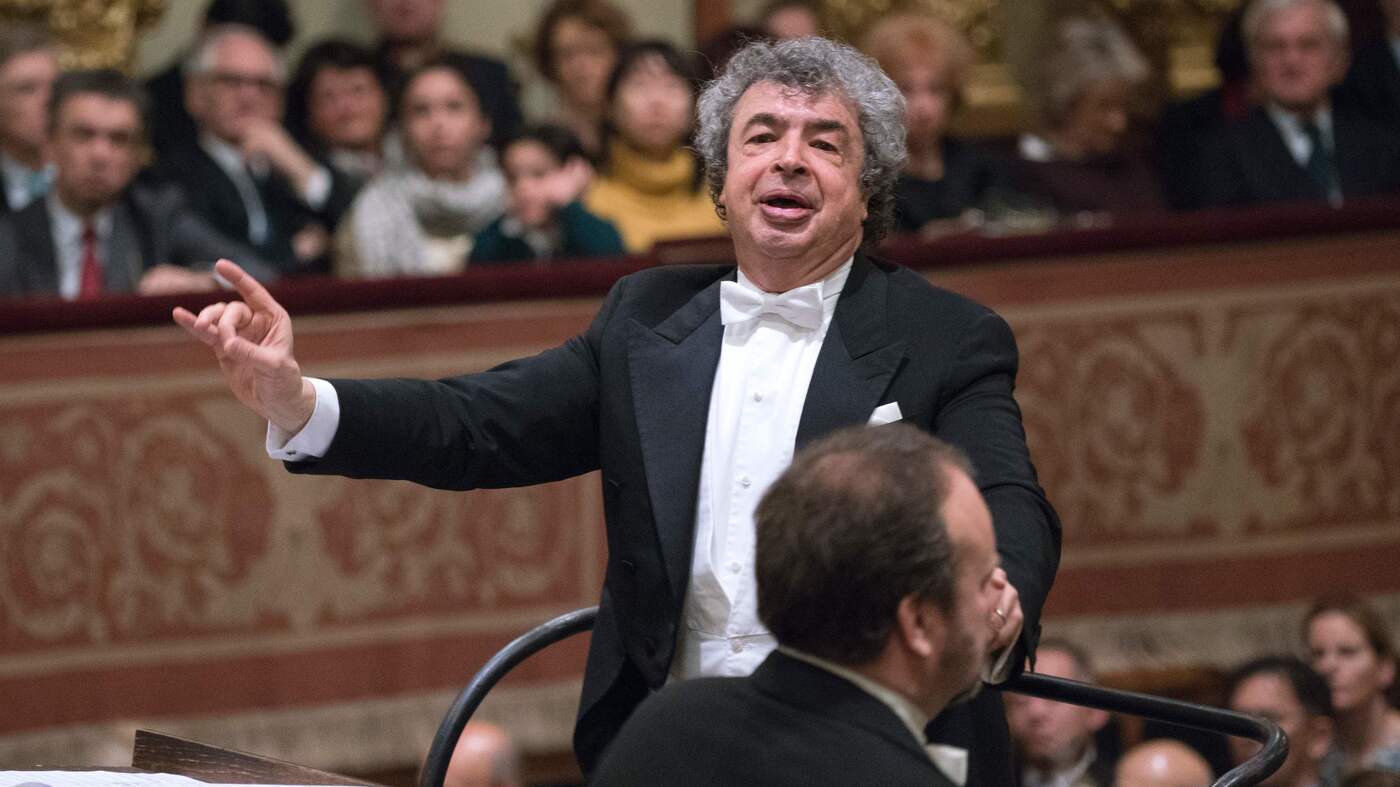 Semyon Bychkov conducting the Vienna Philharmonic in Vienna, Austria in 2017.

Semyon Bychkov conducting the Vienna Philharmonic in Vienna, Austria in 2017.

Russia reveres its high artistic heritage of classical music and ballet. But Western European and American arts organizations are canceling performances by artists with financial or personal ties to Russian President Vladimir Putin, including some of Russia’s biggest stars. At the same time, some Russian and Russian-born artists have spoken out against the invasion of Ukraine.

Every individual and every institution is trying to figure out what to do at this point – essentially by creating their own foreign policy more or less on the fly.

One American cultural institution that has severed ties with musicians close to Putin is the famous New York Metropolitan Opera. In a video message on Sunday, the opera company’s director general, Peter Gelb, made the Met’s stance clear.

“We can no longer collaborate with artists or institutions that support or are supported by Putin – not until the invasion and killing are stopped, order is restored and reparations are made,” he said.

Before a performance Monday night, the Met Orchestra and Choir played and sung the Ukrainian national anthem.

On Thursday, Gelb announced that Russian soprano Anna Netrebko – who is by far one of the Met’s biggest stars – will not be performing at the New York Opera House until at least this November because she has not rejected Putin. One of her successors is a Ukrainian singer, Lyudmyla Monastyrska.

That same afternoon, the prestigious Cliburn Competition – founded by pianist Van Cliburn, whose victory at the first International Tchaikovsky Competition in Moscow in 1958 became a pinnacle of Cold War diplomacy – announced that it had invited 15 Russian and Russian-born pianists to take part would allow -round auditions next week. (The final round of the competition will be held in Fort Worth, Texas June.)

“Russia’s invasion of Ukraine is reprehensible and heartbreaking. The Cliburn firmly opposes and condemns this tyranny,” the competition said in one statement Thursday. It continues: “The Russian-born pianists who have entered the 16th International Van Cliburn Piano Competition are not officials of their government, nor are their participation in the Cliburn Competition government-sponsored. Hence, in the vision of our namesake and inspiration, Van Cliburn, and our mandate to support young artists – which is at the core of our mission – Russian-born pianists are admitted to audition for the Cliburn Competition.”

Kira Thurman is Professor of History and German Studies at the University of Michigan. She is also a musicologist. She says these debates and decisions about the intersection of art and politics are nothing new – and that there is no way to resolve them.

“We’ve seen this before, at least throughout the 20th century,” she notes. “This is the dilemma that artists find themselves in again and again, is the social and political responsibility of the artist in time of war.”

Thurman points out that the Met itself also has institutional experience in making these decisions. “For example,” she says, “they decided in the late 1930s that performing Richard Wagner’s performances was no longer acceptable The Meistersinger of Nuremberg.” (Meistersinger is one of Wagner’s clearest anti-Semitic operasand was particularly valued by the Nazis.)

For this reason, Thurman continues, “it had become too great a political obligation for the Met to continue performing this opera. At the same time, however, it is so interesting that after the war we see a multitude of artists who have been associated with the Nazis come and perform on various American opera stages and continue to perform throughout Europe.

conductor Semyon Bychkov was born in St. Petersburg and emigrated in 1975. He is currently music director and chief conductor of the Czech Philharmonic and has spoken out against the invasion and canceled a June performance in Moscow. He believes that the current situation is not just a question of art versus politics.

“It’s a matter of life and death,” says Bychkov firmly. “It’s impossible for me to remain silent in moments like this. I’m an artist and that’s what I do. But art is not separate from life. In fact, art reflects life. She expresses it, and the music does it in the most extraordinary, most eloquent way.”

He continues: “What we have right now is an unspeakable situation of suffering. It doesn’t really matter whether I’m a musician or whether I’m a doctor, engineer or driver. Above all, I am a human being.” , and we live in the community of human beings. And when you see this kind of suffering being inflicted on people who have done nothing but pursue their path to national independence and make their own decisions, they have done absolutely no harm.”

Bychkov, who is Jewish, adds: “We have seen such things in history. This isn’t the first time – and every time we say it should never happen again, and it does. That’s why I couldn’t keep quiet.”

However, Bychkov says he understands why some Russian artists are in a very difficult position right now.

“You have to be clear that Russia is not a free country today. It is no more free than it was in the very dark days of Stalin,” he says. “It’s a true dictatorship and for the people who live there, life is complicated. They have families. They have jobs. They have obligations imposed on them. I would never judge her because it’s really, really hard. Everyone has to find their own way.”

However, Bychkov makes a caveat. “The only people I object to are people who don’t believe what’s happening is so horrible and so inappropriate and so unacceptable. And they support the measures taken by the government to invade Ukraine. You’ll find a million reasons to say it’s justified.”

Thurman warns that in these heated times, the impulse to stay away from certain Putin-aligned artists means all Russian artists — and audiences — could be despised for Putin’s actions, even outside of official sanctions.

She adds: “At what point can we try to hold on to the idea that art can bring us together even in times of conflict and that art can be the bridge, so to speak, through which we can communicate with others? terrible times and terrible moments? I think the answer, in my opinion, is always to think flexibly and really have some context behind the decision.

At the moment it is left to each individual and each institution to make their own decisions.

The ideal candidate for a state deputy