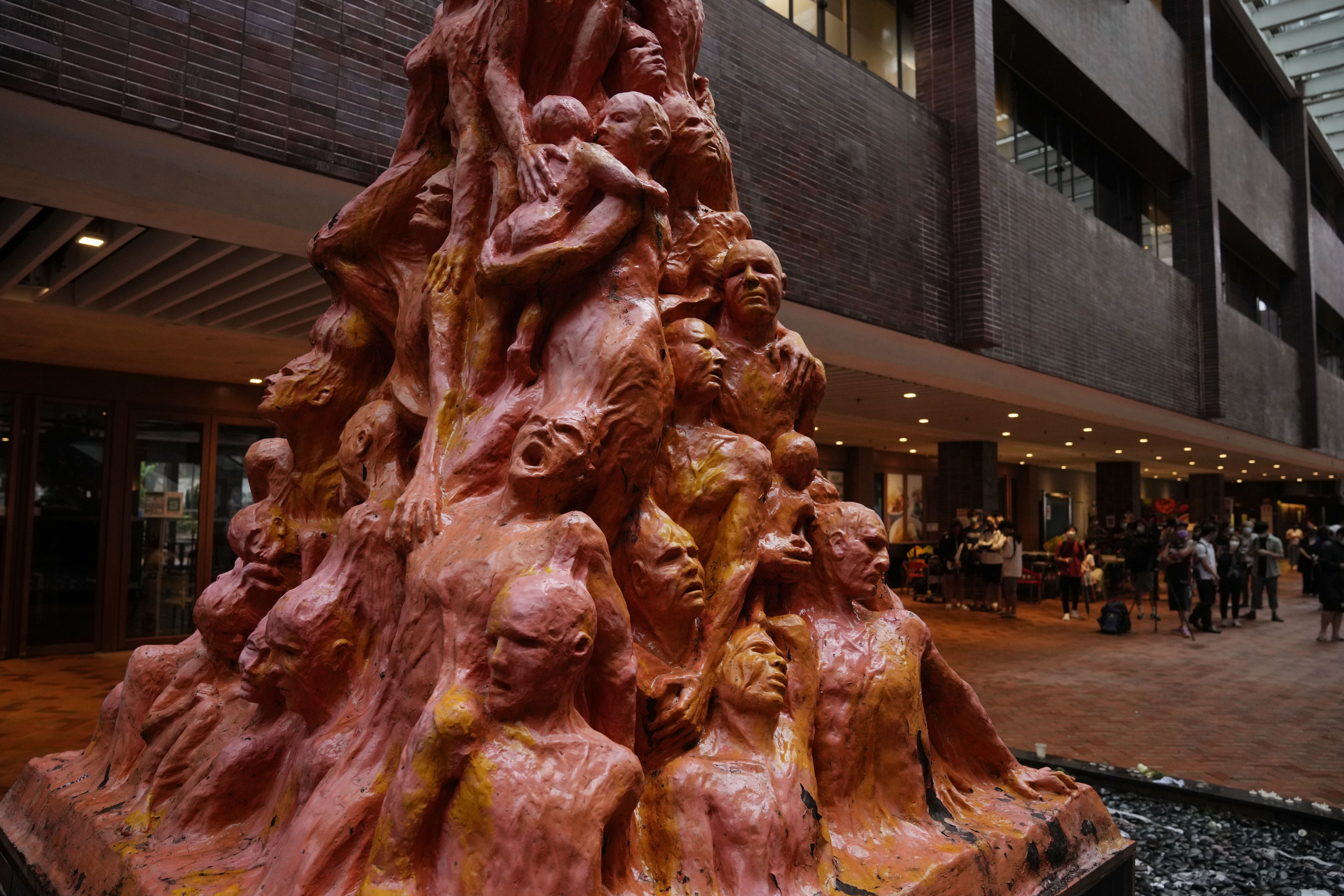 COPENHAGEN, Denmark (AP) – A Danish artist who wants to recover his sculpture in Hong Kong to commemorate the victims …

COPENHAGEN, Denmark (AP) – A Danish artist who wants to get his sculpture back in Hong Kong to commemorate the victims of the 1989 Tiananmen Square crackdown in China said Friday he wanted to guarantee safe passage for himself and his staff when they see the artwork called “Pillar of Shame,” which is at the center of a controversy.

In an open letter, Jens Galschioet said that his presence in Hong Kong was “necessary” because the eight-meter-high, two-ton sculpture was “very difficult to move … without causing significant and irreparable damage”.

The copper sculpture, depicting dozens of torn and twisted bodies, is on display at the University of Hong Kong and has been in the city for 24 years.

In 1989, China’s leaders sent the military to end pro-democracy protests in Tiananmen Square in Beijing, killing hundreds and possibly thousands of people.

The ruling Communist Party has suppressed any public discussion or reminder of the events in mainland China. The only major memorial on Chinese soil has been an annual candlelight vigil in Hong Kong for years, but authorities have banned the gathering for the past two years, citing COVID-19 concerns.

Galschioet said he wanted to bring the sculpture back to Denmark and wanted “a guarantee that my staff and I would not be prosecuted in connection with the dismantling and relocation of the monument”.

In October, the university in the semi-autonomous city demanded the removal of the “Pillar of Shame” and set a deadline, but after the deadline no immediate action was taken.

“I can tell from the press that the introduction of the new security legislation in Hong Kong provides a legal basis for the arrest of foreigners who criticize China,” wrote Galschioet. He warned that the removal of the sculpture “will lead to activity and media coverage that could be perceived as criticism of China.”

Copyright © 2021 The Associated Press. All rights reserved. This material may not be published, broadcast, written, or redistributed.