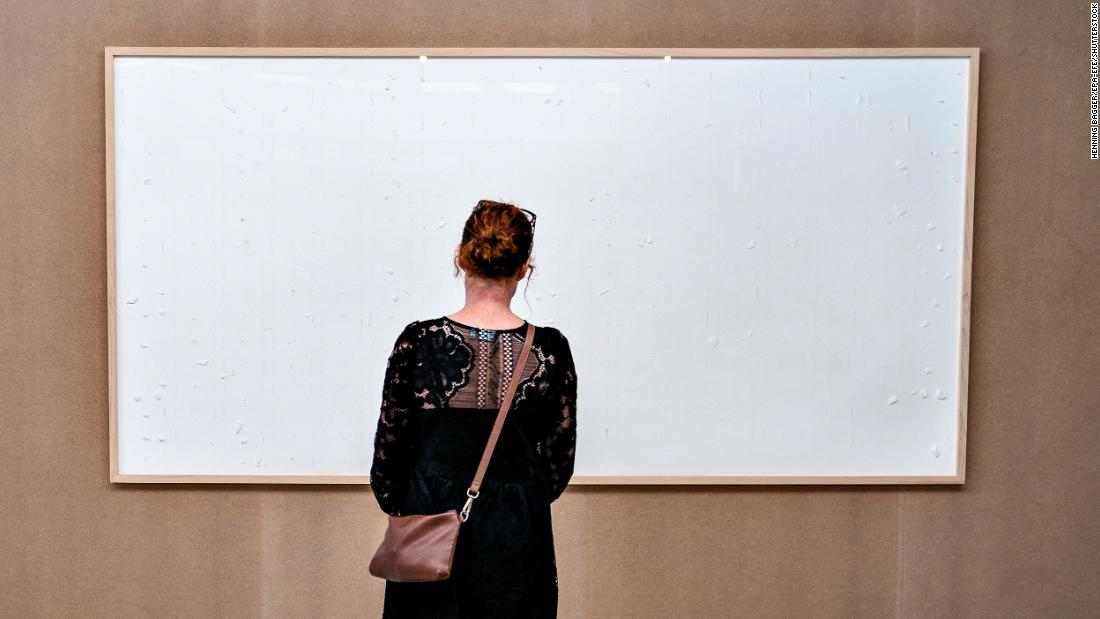 When an exhibition on the future of work opened at a Danish art museum on Friday, visitors should have seen two large picture frames filled with bills worth a total of $ 84,000.

The pieces were supposed to be reproductions of two works by the artist Jens Haaning, who previously depicted the average annual salaries of an Austrian and a Dane with framed cash – in euros and Danish kroner, respectively.

But when the Kunsten Museum of Modern Art in Aalborg received the replicated works of art before the exhibition, the gallery staff made a surprising discovery: the frames were empty. The borrowed money was not missing as thief work, but thanks to Haaning himself, who says he is keeping the money – in the name of art.

“I decided to do a new work for the exhibition instead of showing the two 14 and 11 year old works,” Haaning told the museum in an email, the text of which is now displayed next to the empty frame.

“The work is based on / reacts to both your exhibition concept and the works that we originally planned to show.”

The “new” conceptual work, which Haaning has titled “Take the Money and Run”, is now at the center of a dispute between the museum and the artist about work, contractual obligations and the value of work – all of which are relevant topics for the exhibition.

“I saw from my artistic point of view that I could create a much better piece for them than they can imagine,” Haaning told CNN on the phone, adding, “I don’t see that I stole any money. . I’ve created a work of art that is maybe 10 or 100 times better than what we had planned. What is the problem?”

The Kunsten Museum not only lent Haaning 534,000 Danish kroner (84,000 US dollars) for the cash-filled works of art, but also paid an additional 10,000 kroner (1,571 US dollars) for his work, as well as the costs of framing and delivery. But the artist said the project still left him out of his pocket due to studio costs and staff salaries.

“I’m usually in a better position when I present abroad,” he said. “I’m Dane and it’s (a) Danish museum and they expect me to invest because then maybe one day they’ll buy something.”

The new works should be updated versions of works of art from 2007 and 2010. In the picture: “An average Austrian annual income 2007.” Credit: Jens Ziehe / Courtesy Sabsay Galerie

Kunsten’s director, Lasse Andersson, claimed the museum upheld its side of the agreement. “This is very important to us because we have always been known for keeping contracts and also paying artists a reasonable fee,” he said on the phone.

Haaning said he has no plans to return the money and is not worried about possible consequences. Andersson said the artist had until the end of the exhibition in January to repay the loan, after which the museum would consider legal action.

At the moment the museum is showing “Take the Money and Run” as it is and putting it on a platform to be considered and criticized. In the art world, works that question the value of art itself – like Maurizio Cattelan sticking a banana on a wall or Banksy tearing up a painting at auction – are nothing new. Neither are invisible works of art, because the late Yves Klein exhibited an empty room for thousands of people in 1958.

It is Haaning’s intention to comment on the value of the work. “I think there is a much more general statement behind the play: that (you) should look at the structures you are participating in and think about them,” he said, listing religion and marriage among them. “And if you need to, take the money and run.”

Andersson has his own interpretation of the empty frames he sees in the context of his museum exhibition “Work it Out”.

“Do we have to work for money or can we just take it?” asked Andersson. “Why do we go to work? All of these things make us think about the cultural habits of the society we belong to. And then the same applies to the question: Are artists sufficiently paid for their work?”

The Kunsten Museum of Modern Art in Aalborg, Denmark, opened the exhibition “Work It Out” on September 24th. Credit: Alamy

Nevertheless, the museum director wants to get the money back.

Above: A visitor to the Museum of Modern Art Kunsten examines Jens Haaning’s “Take the Money and Run, 2021”