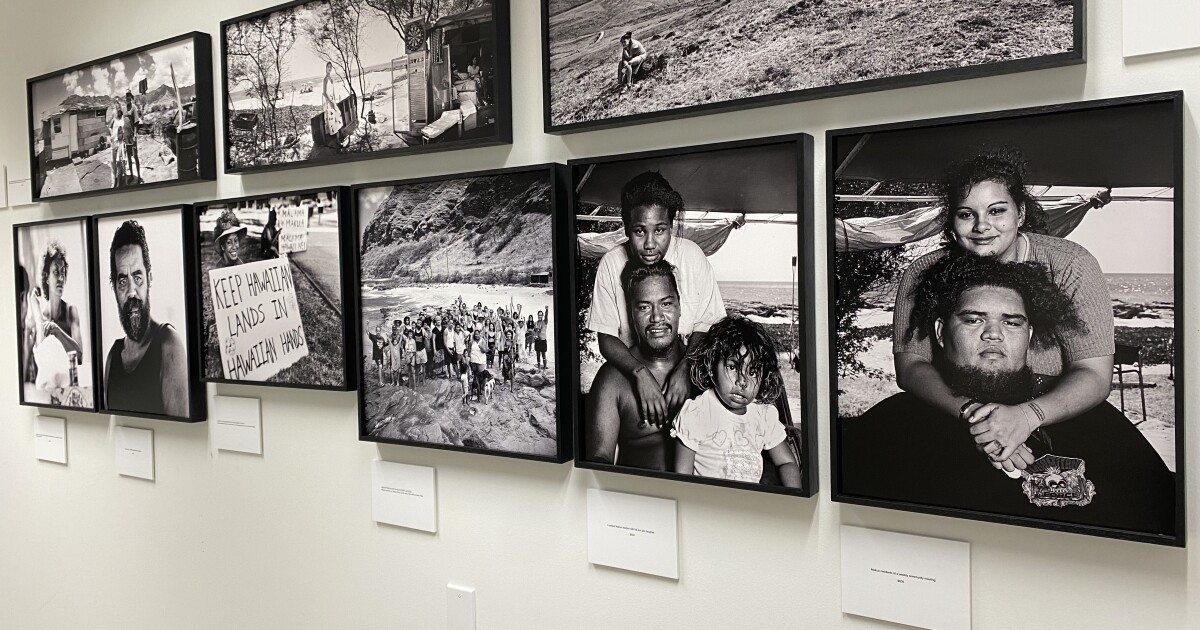 Three photographers. A show. It is entitled Portraits in Monochrome. Floyd Takeuchi curated the exhibition at Downtown Arts Center. It features black and white images from across the community, taken by three longtime friends.

Photojournalist PF Bentley depicts residents of Molokaʻi, an island he calls home. Bentley is a Time Magazine award-winning photographer and was most recently with Honolulu Civil Beat.

Ed Greevy is a veteran photojournalist who has documented the roots of the Hawaiian Renaissance movement. His portraits focus on the struggle for access to the Mākua Valley, which has been under military control for decades.

Finally, Takeuchi’s images focus on the power of a skirt. Takeuchi takes a Micronesian skirt – and flips his image over. He challenges you to leave prejudice behind and see how female leaders in matriarchal society are reclaiming their power.

The Conversation sat down with the artists at the show’s opening to learn more.

The show runs until the end of October. The opening hours of the gallery are Tuesday to Sunday from 11 a.m. to 6 p.m. Admission is free.